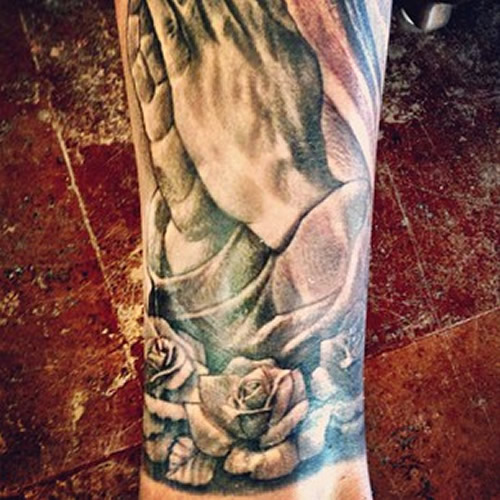 Justin Bieber apparently treated himself to a post-Christmas gift, showing off a new addition to his praying hands tattoo via Instagram while working on his tan in Mexico. During a romantic getaway with girlfriend Selena Gomez in Puerto Vallarta, the Biebs posted a pic of some new work he recently had done to his leg – a bunch of roses inked around the existing religious tattoo he got on his leg in March 2012. While Justin’s new ink has some fans asking “why?” we think the roses add a little something extra to what was otherwise a kinda boring religious tat. What do you think of the Biebs’ new tattoo?

If it weren’t for Twitter and Instagram, it would be way harder toJustin Bieber apparently treated himself to a post-Christmas gift, showing off a new addition to his praying hands tattoo via Instagram while working on his tan in Mexico keep up with Justin Bieber’s tattoo obsession. Fortunately, the Biebs enjoys flaunting his new ink for all to see, and this tattoo addition is no exception. The singer posted on December 30, 2012, a picture of the new roses tattoo along with the caption “Newtat,” apparently just in case we couldn’t tell it was Justin Bieber’s leg, or that it was a tattoo for that matter. The roses are inked in black and white, like all of Bieber’s other tattoos, and are very ornate, making them a nice addition to the pop star’s impressive tattoo collection. 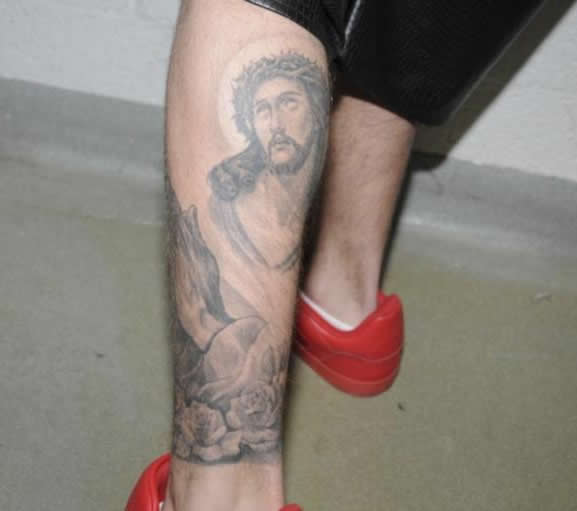 We found it a little strange when Bieber first got his praying hands tat, not because it was a religious tattoo (he has a few tats inspired by his religious beliefs), but because he chose to place it directly next to the Jesus portrait he added to his leg in January 2012. The large image of Jesus bearing a crown of thorns was already a little intense, but then to add a pair of large praying hands next to it really upped the ante. Now that the Biebs has added some very nicely detailed roses below and alongside the praying hands, it really ties to the inkings together.