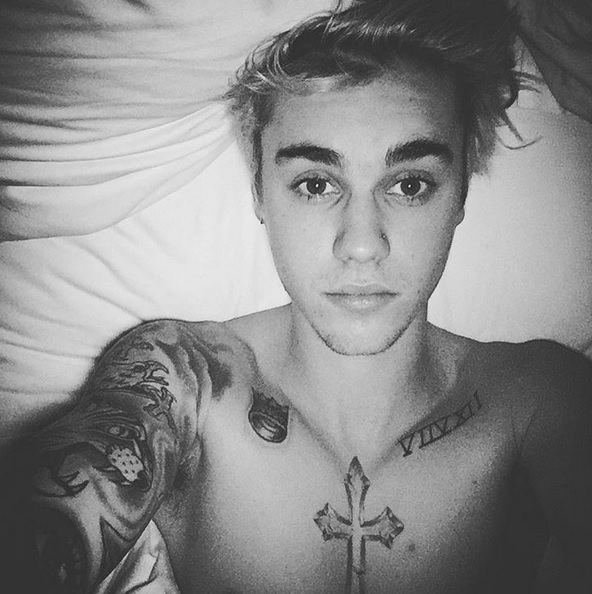 As it turns out, Justin Bieber may have been emulating tattoo-addict David Beckham when he got the angel wings tattoo on the back of his neck, because he now thinks it would be “cool” for the two of them to go under the needle together. This revelation came about at the same time Justin Bieber debuted his new nose piercing, which has racked up more than 1.5 million likes from Beliebers all over the world. In the black and white Instagram snap, the singer is shown lying in bed with messy hair and his nose piercing clearly on display.

According to reports, the Biebs met David Beckham after inviting the model and his three sons backstage during one of his shows, and they have been buddies ever since. We can just picture them bonding over their mutual love for full sleeves and football, can’t you?? Between the two of them, Bieber and Becks have around 100 tattoos, including three and a half sleeves, a couple of angel wing neck tattoos, plenty of religious-inspired ink, and at least half a dozen tributes to their lady loves. 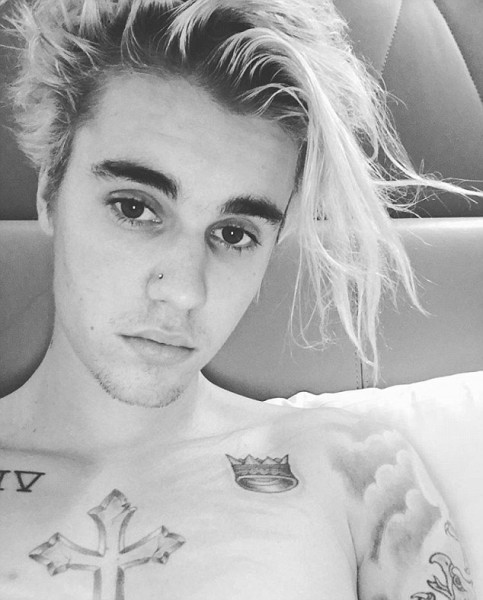 During a recent interview, Justin said, “David has some really cool tattoos. We should definitely go on a tattoo date and get some ink together. I have a great guy in Miami who has some crazy designs. It would be cool to go and get a tattoo with David.” For those of you who just starting daydreaming about matching tattoos for the Biebs and Becks, cool your jets. As Justin says, “They would not be matching […], that would just be weird.”

As for his controversial neck tattoo supposedly designed after David’s, Justin put that rumor to bed almost immediately after debuting his wings neck tat, saying, “I know David has the angel wings tattoo as well. But we have different designs. And I had wanted it for a while. I always think tattoos should have a meaning or a purpose. To get something random, for no reason, is not for me.” 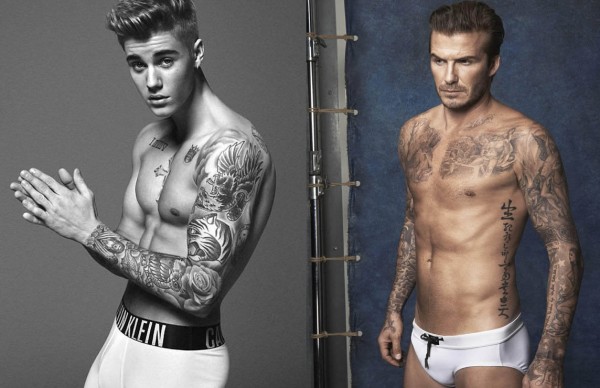 With his growing tattoo collection and new nose piercing, Justin Bieber’s changing image appears to be directly in line with Zayn Malik’s, who just revealed three new tattoos this week, including two neck tats and a controversial new piece on the side of his head. As for Justin’s future tattoo plans, there seems to be a pretty solid friendship forming between the Biebs and David Beckham, and if you ask us, a tattoo date would be pretty darn adorable. Who knows, maybe David will be inspired by Justin’s new nose piercing and get one too!