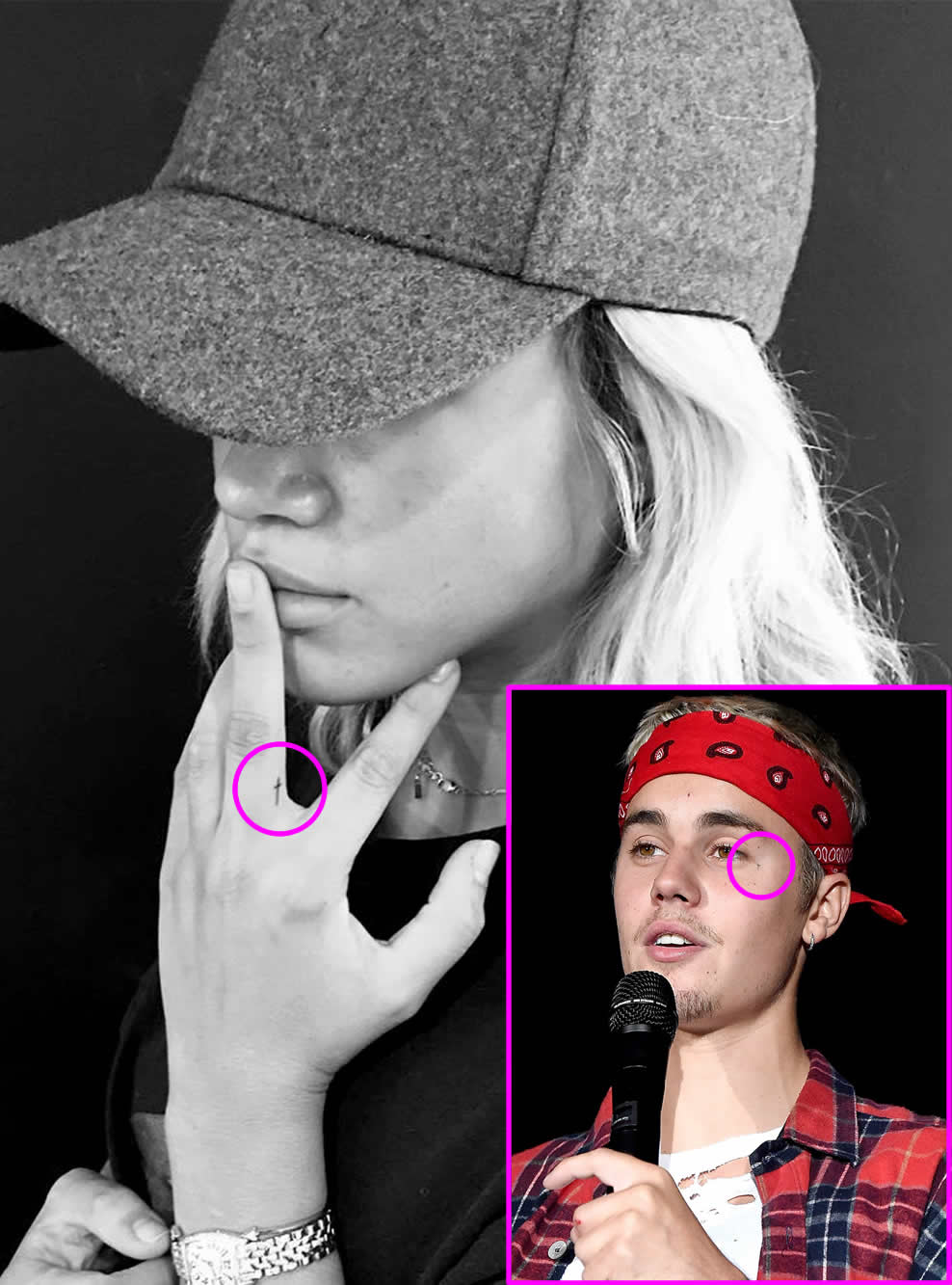 As if there weren’t already enough rumors going around about a possible romantic relationship between Justin Bieber and Sofia Richie, youngest daughter of the famous Lionel Richie, the model’s new tattoos certainly suggest that the two may be more than just friends. According to recent reports, Sofia and a friend hit up celebrity tattoo artist JonBoy’s shop in NYC this week, while in the city for Fashion Week, and the 18-year-old got a tiny cross tattoo on her finger that is suspiciously similar to the cross JonBoy inked on Justin’s face in May.

When Justin Bieber got the tiny cross tattoo on the side of his face, just below his right eye, there was a ton of backlash about the miniscule ink, with some claiming that the pop star was trying to be too much like Lil Wayne and other rappers rocking controversial face tattoos. The Biebs’ tattoo artist, JonBoy, hit back at critics of the ink though, saying that Justin’s cross tattoo was actually a symbol of his faith, something that “represents his journey in finding purpose with God.”

Is that what Sofia Richie is trying to get across with her tiny cross tattoo, inked on the side of her left-hand middle finger, also courtesy of JonBoy? In her Instagram post showing off the ink, the model wrote, “wanted this cross forever!! Thank you @jonboytattoo you’re the best.” Sofia didn’t stop with the cross tattoo though; she also had “13:4” inked on the back of her neck, a reference to the Bible passage 1 Corinthians 13:4, which reads, “Love is patient, love is kind. It does not envy, it does not boast, it is not proud.” 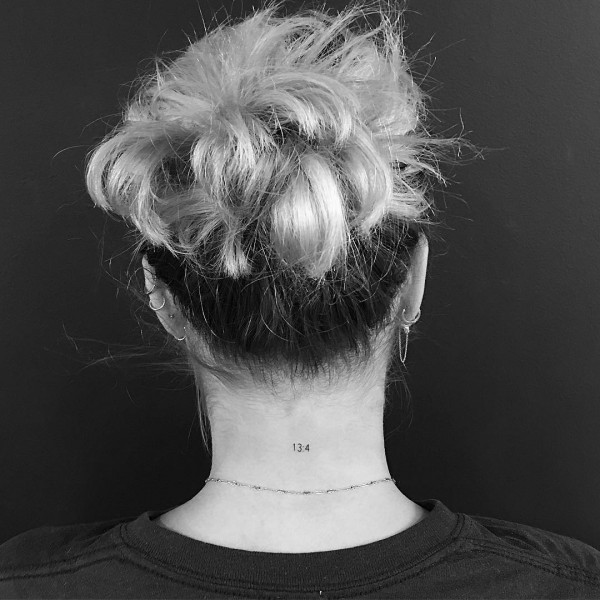 Justin Bieber may have drawn inspiration from a different Bible verse when it came to getting a tattoo – he had Psalm 119:105 inked on the back of his shoulder way back in 2013 – but it’s common knowledge that the famous Corinthians verse is one of his favorites. In fact, in June 2010, Justin tweeted to his millions of followers, “1st Corinthians 13:4 love is patient love is kind.” So, is it just a coincidence that the pop star’s rumored girlfriend had a reference to that exact same verse inked on the back of her neck? We think not!