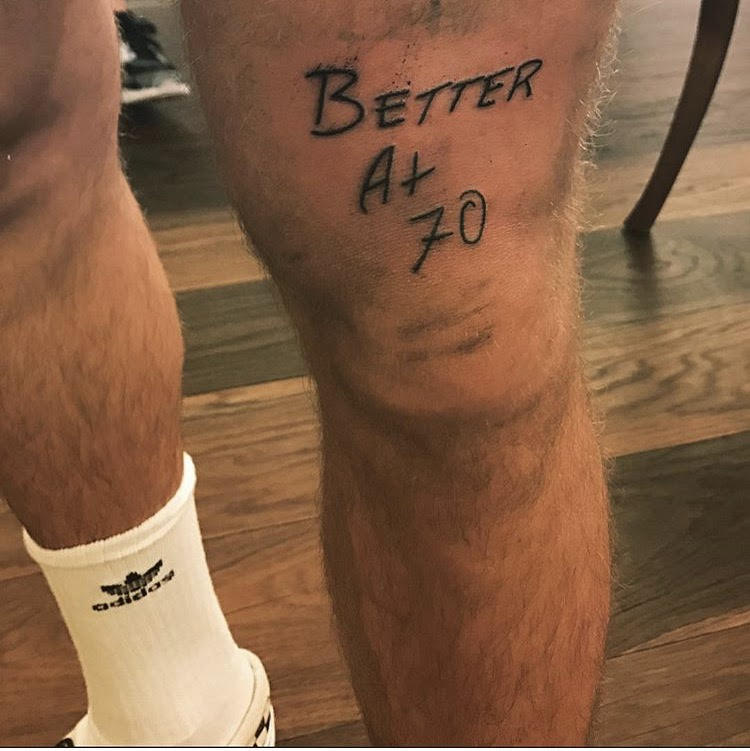 No one would argue with the idea that Justin Bieber has made some mistakes in his life, but according to a new tattoo he got on his thigh last week, the 23-year-old singer plans to be “Better at 70.”

On June 16, Justin Bieber shared a photo of his new tattoo, inked on the upper part of his left thigh, in what appears to be someone’s black handwriting. The tattoo reads “Better at 70,” and the caption accompanying the tattoo photo reads, “I look back at a lot of things in my life, mistakes, insecurities, and although I have felt I’ve wasted a lot of time it also makes me want to be better faster! For me personally I want to work everyday to be BETTER at 70.” Previously, the singer posted a video of one of his friends going under the needle for a matching leg tat.

The phrase “Better at 70” is a sort of pseudo-philosophy Justin adopted from his pastor, Judah Smith, who explained in a 2015 interview, “That thought makes me consider the daily choices I make as a husband and father and pastor. It helps me keep the end in mind. I don’t want to end up where I want to be and not be who I want to be, if that makes sense. Thinking about the end helps me to keep the present moment more meaningful and my personal priorities intact.” About Justin Bieber, the pastor said that same year, “I’m very proud of [him]. What’s amazing about Justin and many young men today [is] it’s not easy to be a man of faith. It’s not easy to make good decisions. Justin certainly loves God and is passionate about being…the man that he wants to be.” 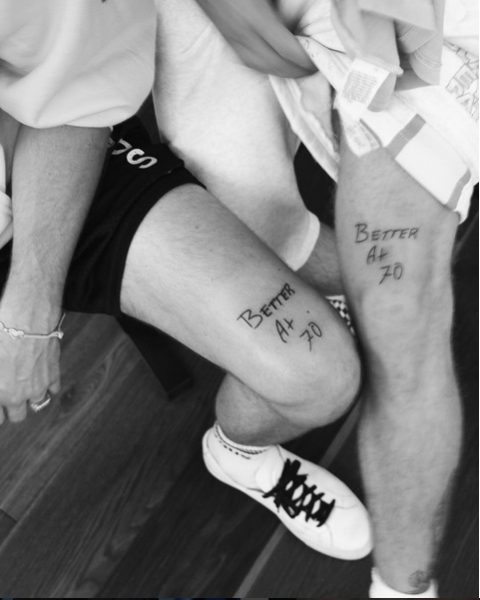 It seems Justin and his buddies aren’t the only ones who want to be sporting “Better at 70” leg tats. The Biebs recently posted a photo on Instagram of the original piece of paper the phrase was written on, which the tattoo artist used to ink their legs, and captioned it, “If any one wants to get the better at 70 tattoo here’s the stencil.” So, let us know in the comments section below if you’re a Belieber with a matching “Better at 70” tattoo! 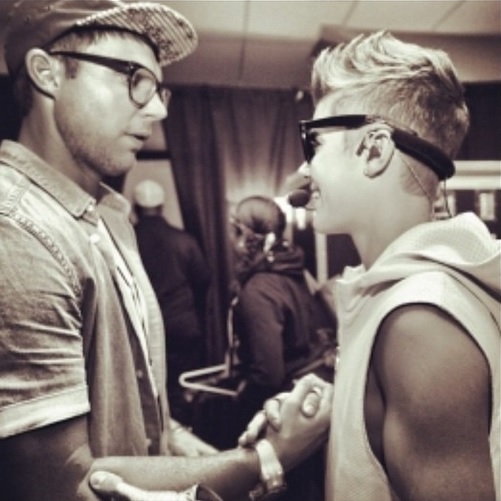 Thanks to PST fan William for help in discovering this tattoo!