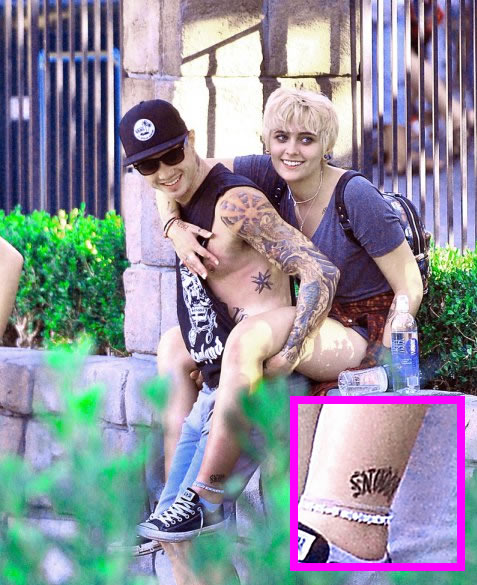 Paris Jackson took a break from getting inked in honor of her father, the late Michael Jackson, and dedicated her latest tattoo to boyfriend, Michael Snoddy, who she has been dating since March. Some people may think Paris Jackson has lost her mind with all the tattoos she has had inked on her body lately, but the teen actually has a very touching reason for covering herself in ink, including a tattoo of her current boyfriend’s name. Read on to find out what it is!

Ever since turning 18 in April, Paris Jackson has amassed quite the collection of tattoos, getting dozens and dozens of pieces over the course of just four months. Most of Paris Jackson’s tattoos are on her arms and hands, and her more bold and eye-catching ink includes a colorful lotus flower tattoo on her wrist for her grandmother, Katherine, an image of a snake wrapped around a sword on her arm, and several touching tributes to her late father scattered across her body, including a replica of the mask from Michael Jackson’s 1991 Dangerous album artwork.

The latest of Paris Jackson’s tattoos was revealed during a trip she and boyfriend Michael Snoddy took to Disneyland and Disney California Adventure last week – a piece on her left ankle featuring the name “Snoddy” done in a crude black text. Paris and Michael Snoddy have been dating since March and appeared to be very much in love during their Disney adventure, which was planned as a celebration of the 21st birthday of Prudence Brando, Marlon Brando’s granddaughter. 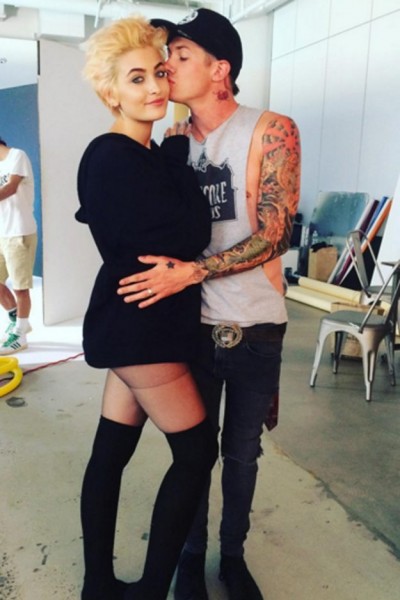 More impressive than her growing collection of ink though, is Paris’ reasoning for getting so many tattoos in such a short amount of time. “I appreciate art, I always have. Especially when that art means something to me,” Paris wrote in a recent Instagram post showing off her impressive ink. “Today I can look at my inner forearms and see art that has meaning for me, I don’t see a dark past anymore. My scars and past of self-hatred have been covered by loving marks, creativity, ingenuity…and depth. Sure I will always carry my past with me, but I see ink as a way of changing for the better.”