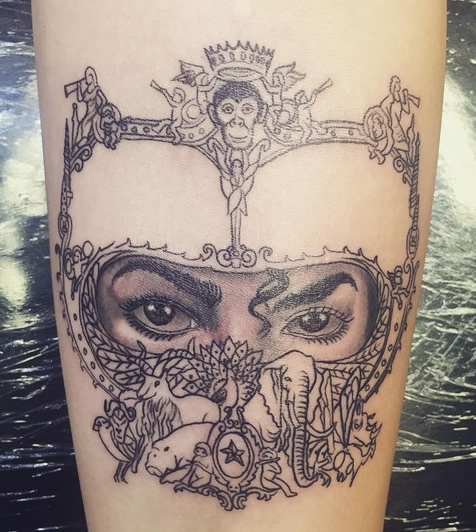 Ever since turning 18 in April 2016, Paris Jackson has made it her mission to pay tribute to her late father, Michael Jackson, in the form of permanent tattoos. After debuting two new tattoos just one month ago, one a “Queen of my Heart” tat inked in her father’s handwriting, Paris took to Instagram on May 24 to reveal her latest Michael Jackson-inspired tattoo – a black and white replica of the iconic cover art from the pop star’s famous 1991 album, Dangerous, inked on her arm.

Paris Jackson’s new tattoo depicts the part of the Dangerous album cover where Michael’s eyes are peering through a mask-like framework featuring a monkey’s head, ram, elephant, and other assorted animals. The arm tattoo was inked by tattoo artist Justin Lewis of Hollywood’s Timeless Tattoo on May 23, and Paris captioned the snap of her new ink on Instagram: “‘The meaning of life is contained in every single expression of life. It is present in the infinity of forms and phenomena that exist in all of creation.’ Never forget your roots, and always be proud of where you came from.”

The quote Paris used in her Instagram post comes from her father’s 1992 book, Dancing the Dream, a collection of poems and reflections that followed his 1988 autobiography Moonwalk. Paris Jackson’s new tattoo joins at least two other pieces she had done in honor of her family, both earlier this year, and while the 18-year-old is obviously a fan of ink, she has famously refused to talk about her tattoos, allowing her Instagram photos and captions to tell the story instead. 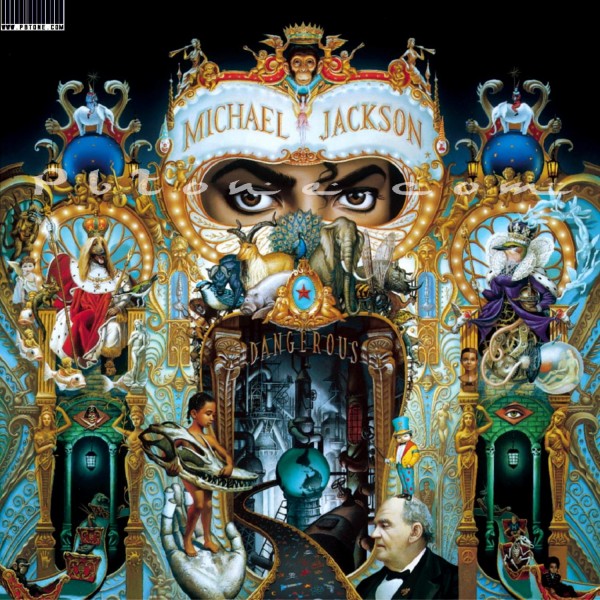 Paris Jackson may have only been 11 years old when her father passed away at the age of 50 in 2009, but he was obviously adored by his children, and his memory lives on for the only daughter of the late singer, who wrote of him in April: “To everyone else, he was the king of Pop. To me, well, he was the king of my heart.” If Paris keeps it up, she could end up covered in Michael Jackson tribute tattoos by the time she’s 19!