Amber Rose filed for divorce from her ex-husband Wiz Khalifa in September 2014, the day after she “found him with another woman at 2am,” and now, nearly three years later, the 33-year-old has finally covered up the portrait tattoo of Wiz she had inked on her arm back when the two were still an item. While out and about in Miami Beach, Florida last week, Amber showed off some fresh ink on the back of her left arm of what appears to be Guns N’ Roses rocker Slash, in place of the goofy portrait of Wiz Khalifa surrounded by marijuana leaves.

Since their very public split in 2014, during which both Wiz Khalifa and Amber Rose accused one another of being unfaithful, Amber has added several new tattoos to her already impressive collection, including a stunning replica tattoo of the Hollywood sign inked on her forearm, but she has inexplicably left her Wiz Khalifa tattoo alone…until now. In place of the Wiz portrait tat on the back of her left arm, Amber Rose now rocks a pretty sweet portrait of Slash, a piece that was reportedly done earlier this month. 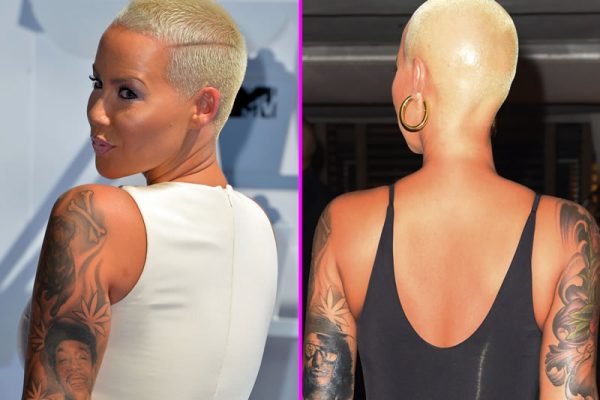 Amber Rose’s tattoo of the Hollywood sign was inked by celebrity tattoo artist Nikko Hurtado this past February, on the heels of her breakup with Dancing with the Stars’ Val Chmerkovskiy – which Amber said was “due to our own personal reasons” – and while Hurtado commented at the time that there was “more work to come” in an Instagram post of the model’s Hollywood arm tat, it was L.A.-based tattoo artist Bobby Serna that Amber tapped for her Wiz Khalifa coverup. 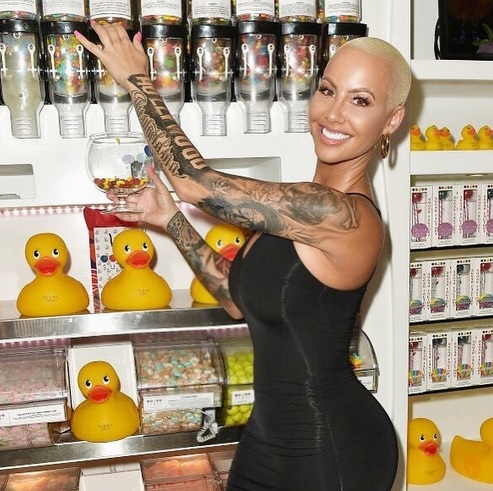 For the record, Amber Rose has long since moved on from Wiz Khalifa, though the two do have a four-year-old son together, and she is currently dating 21 Savage. Judging by the model’s new ink though, the rapper may have some competition in Slash. Back in 2013, Amber met Slash at a show and posted a photo of the two of them on Facebook, along with the caption, “I saw my idol Slash again tonight for the 3rd time! I didn’t cry like a crazy stalker tonight but my heart was beating outta my chest. He’s such a soft spoken gentleman. It’s great to meet Super famous ppl that are down to earth, loving and about their family. What a great night! Dreams do come true!”