The words “rapper” and “tattoo” are basically synonymous these days, so it may be surprising to learn that not only does Chance the Rapper have just one single tattoo, but he regrets ever getting it done. According to the 23-year-old, he initially intended to live “a life with no tattoos,” which is a feat in and of itself if you ask us, but got the tattoo on the left side of his chest, above his heart, “on a whim” during a trip to Germany when he was 21. And now, instead of showing off the tattoo like most people would, Chance spends most of his time trying to prevent anyone from seeing it.

In an exclusive interview with Katie Couric last month, Chance the Rapper talked about his rising fame as an independent artist, his Grammy success, and the reason he regrets his only tattoo. “It’s a backwards tattoo,” Chance explained. “It says, ‘Get back to work.’ Basically, it’s a reminder that I’m not doing enough.” According to the rapper, he only sees the tattoo when he’s shirtless and looks in the mirror, when it appears the right way to him, but even that’s too often for Chance. “It’s so stupid. I hate it now,” he told Katie Couric. “It’s like, why did I get this?” 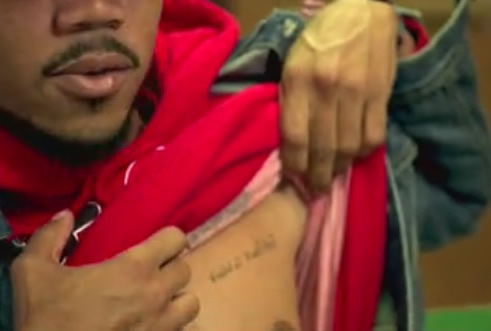 Mirror tattoos, or tattoos that appear backwards unless they are viewed in a mirror, are more common than you think, although if you ask Chance the Rapper, he was the first one to come up with the idea. Rihanna also has a backwards tattoo, and hers is in almost the exact same spot as Chance’s, except on the right side of her chest. Rihanna’s mirror tattoo reads, “Never a failure always a lesson” in cursive writing, her “motto in life for everything,” which she can only read the right way when she looks in the mirror. 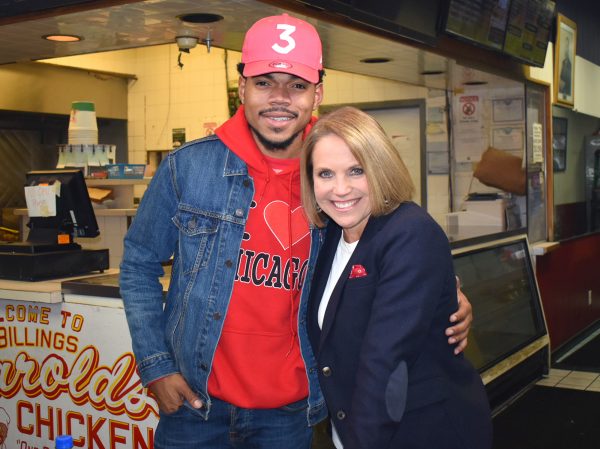 In a day and age where it’s more common to see a rapper with tattoos on his face than anywhere else, it’s refreshing to see a nearly tattoo-free Chance talking about why he never wanted to get inked in the first place, and probably never would have if he hadn’t made the spontaneous decision as a 21-year-old in Germany to go under the needle for a backwards tattoo. Needless to say, Chance the Rapper is “definitely not getting any more tattoos,” it’s one and done for that guy. Oh, and Katie Couric, you’re one of the only people to see Chance’s tattoo in person, so you should feel lucky, girl!