Australian rapper Iggy Azalea is known for her impressive collection of tattoos, but it’s been a while since the 26-year-old has gone under the needle. That all changed on August 8, when Iggy took to Instagram to show off a new tattoo of a blindfolded horse on her arm. Iggy Azalea’s tattoo is inked on the inside of her right forearm, just above her Venus tattoo, and features just the head of a horse with a blindfold over its eyes and a free-flowing mane that extends down and around her arm.

It’s no surprise that Iggy Azalea has gotten inked with a horse tattoo; the rapper is a huge fan of horses, which she says are her favorite animal, and she regularly shares photos of herself and her horses on social media. In one slow-motion Instagram video of Iggy riding posted to her Instagram account in July, the caption says, “It takes patience and understanding. You can only ASK them,” a comment that speaks to the deep appreciation the rapper has for the power and dignity that horses possess.

There are a number of possible meanings out there when it comes to horse tattoos, including freedom, power, grace, passion, courage, independence and strength, and it’s possible Iggy Azalea, a self-made star who exudes strength and confidence at every turn, got the horse tattoo on her arm as a symbol of all of these things. It’s interesting though, that Iggy would choose to blindfold the horse in her arm tattoo, especially since she has so much respect for the animal. 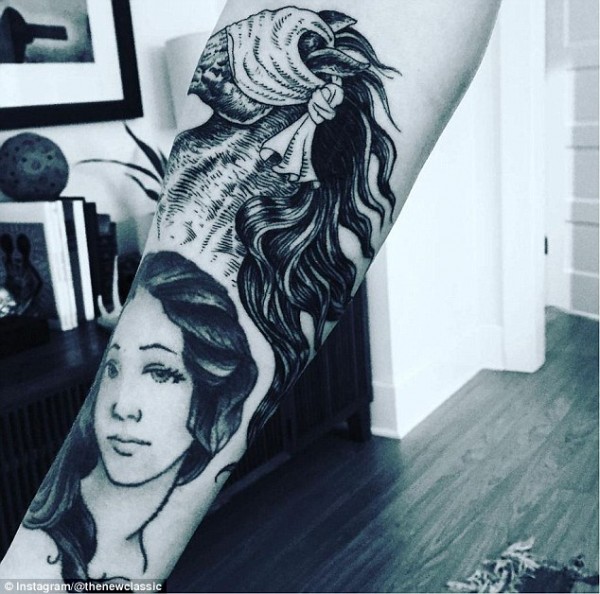 According to some sources, a blindfold in a tattoo represents objectivity. Lady Justice, for example, wears a blindfold, a deliberate symbol meant to signify that justice is given without favor, regardless of identity, wealth or power. Perhaps Iggy Azalea’s tattoo is meant to represent the natural objectivity of horses, meaning the wild beasts offer no judgment, no matter who you are. Iggy Azalea’s horse tattoo was done by Sean Smith of American Electric Tattoo Company in Los Angeles, in a black and gray “etching” style of inking. 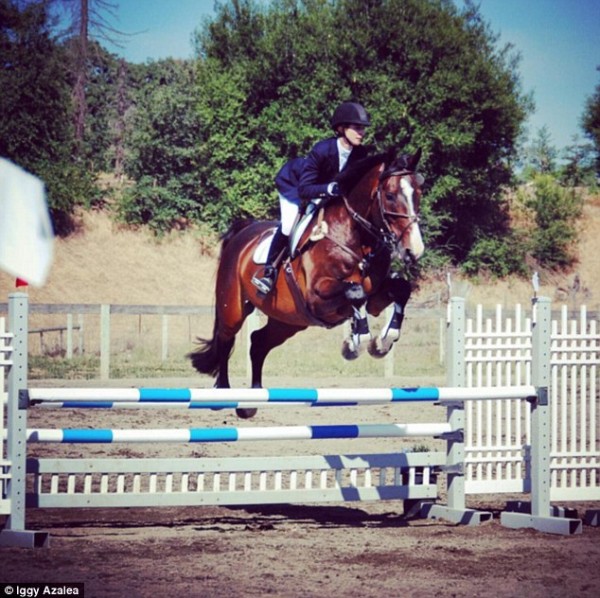