Kylie Jenner and Tyga’s relationship is on-again/off-again at best, but when Tyga showed off the very bold tribute tattoo he had inked on his bicep for Kylie in 2015, we were all wondering if the model would return the favor with a permanent piece dedicated to Tyga. We had to wait the better part of a year, but Kylie Jenner has finally gotten a tattoo in Tyga’s honor: a tiny, black lowercase “t” inked on the inside of her left ankle.

According to reports, Kylie Jenner’s “t” ankle tattoo was inked by Rafael Valdez, a skilled tattoo artist whose incredible tattoo designs stem from his childhood talent as a pencil artist, and who has inked Kylie a couple of times in the past. In fact, Rafael Valdez gave Kylie her first-ever tattoo, a tiny red heart outline on the back of her arm, which everyone at the time assumed was for Tyga. Kylie never confirmed that rumor, but the 19-year-old can’t deny it this time. That “t” tattoo on her ankle is definitely a tribute to Tyga, though if they break up again, she can always try to pass it off as a slightly wonky cross. 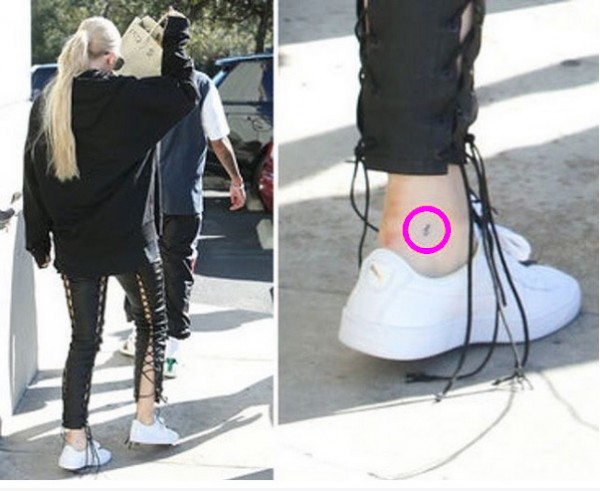 It seems that Kylie Jenner may have had her “t” tattoo done late last year, but she was able to keep the ink under wraps for the past couple of months. That is, until she stepped out on New Year’s Eve in a pair of low shoes and no socks, putting the relationship ink on full display. In addition to her new “t” tattoo for Tyga and the red heart ink on her arm (also likely for Tyga), Kylie Jenner also has a phonetic “sanity” tattoo on her hip, a red “Mary Jo” tattoo of her grandmother’s name on her bicep, and a small squiggly “M” tat on her pinky finger. Last summer, Kylie also had Valdez alter her “sanity” hip tattoo by adding the word “before” in front of it. 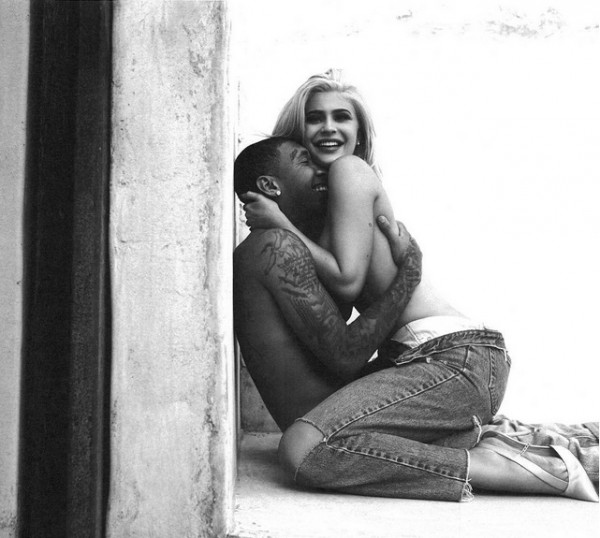 Despite warnings from half-sister Kim Kardashian, Kylie Jenner appears to be well on her way to becoming the most inked female member of the Kardashian-Jenner clan, with her “t” ankle tat marking at least six tattoos in just a little over a year. And at a pretty penny too. According to his website, Rafael Valdez charges $200 an hour for his tattoo work, with a $600 minimum. Although, as rumor has it, Kylie Jenner is the second-richest member of the Kardashian-Jenner family, which we guess means she can get a new $600+ tattoo whenever she darn well pleases!