In the days leading up to her “Metalli-Ga” collaboration with Metallica at the 59th Annual Grammy Awards last weekend, Lady Gaga took to social media to show off a massive new piece on her back of what appears to be a moth inspired by the band’s “Moth Into Flame” song. Gaga shared a photo of the tat – which is of course more than likely fake – on Instagram, captioning the black and white snap, “The Moth & Metallica,” with the following telling hashtags: “#ink #tattoo #MothIntoFlame #MetalliGa #metal #grammys.”

Lady Gaga’s faux tattoo spans the width of her back, and features a gigantic moth with a skull for a face and massive wings that reach out towards her right side and up towards her left shoulder, whether she has several other tattoos, including her “Tokyo Love” tattoo, a tattoo of three white daisies, a heart “Dad” tattoo, and a large tattoo of what Gaga calls a “monster paw.” In the hours leading up to her Grammys performance with Metallica, Lady Gaga shared a photo of her posing with the band, captioning the pic, “Gonna listen to Metallica all day and party with my friends and then play with them at the Grammy’s.” If the rumors are to be believed, Gaga may have also prepared for the “Metalli-Ga” performance by getting a “Moth Into Flame” back tattoo drawing. 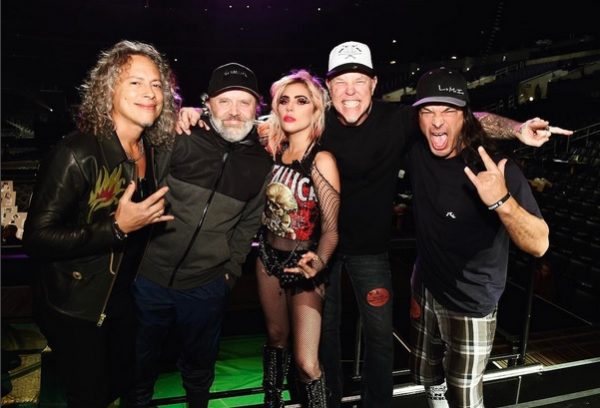 As you would expect, there have been numerous comments on Lady Gaga’s Instagram post since it was first published, many of which argue that the moth in the singer’s new back tat is not a “Moth Into Flame” reference. Rather, the image is of a death’s-head moth, like the one featured on the cover of the Hannibal Lecter film “Silence of the Lambs,” or on the cover of the thrash metal band Death Angel’s 2016 album The Evil Divide. It’s possible that, in attempting an homage to Metallica, Gaga accidentally paid tribute to Death Angel instead. 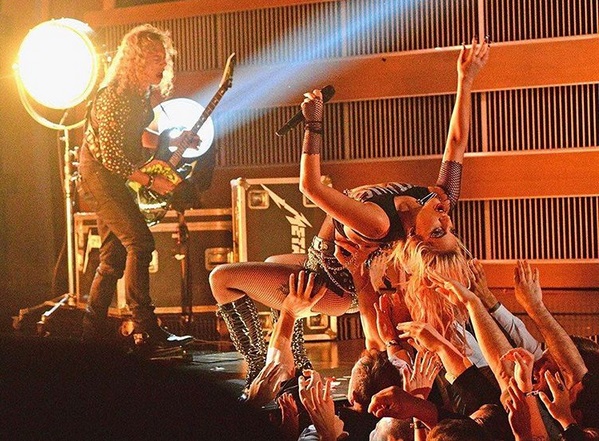 Lady Gaga’s Metallica-inspired tattoo is most likely just a temporary piece, as it would violate her pact with Dad to not get right-side tattoos on her body, but we wouldn’t be TOO surprised if the tattoo was real, as incredibly large as it is. After all, the singer famously got a portrait tattoo of David Bowie inked on her ribcage before performing a tribute to the late music legend at the 2016 Grammy Awards, and she also got a matching unity tattoo with several of the sexual assault survivors she performed with onstage at the Academy Awards last year. If Lady Gaga’s Metallica tattoo is the real deal, what do you think of her decision to permanently ink a gigantic moth on her back??