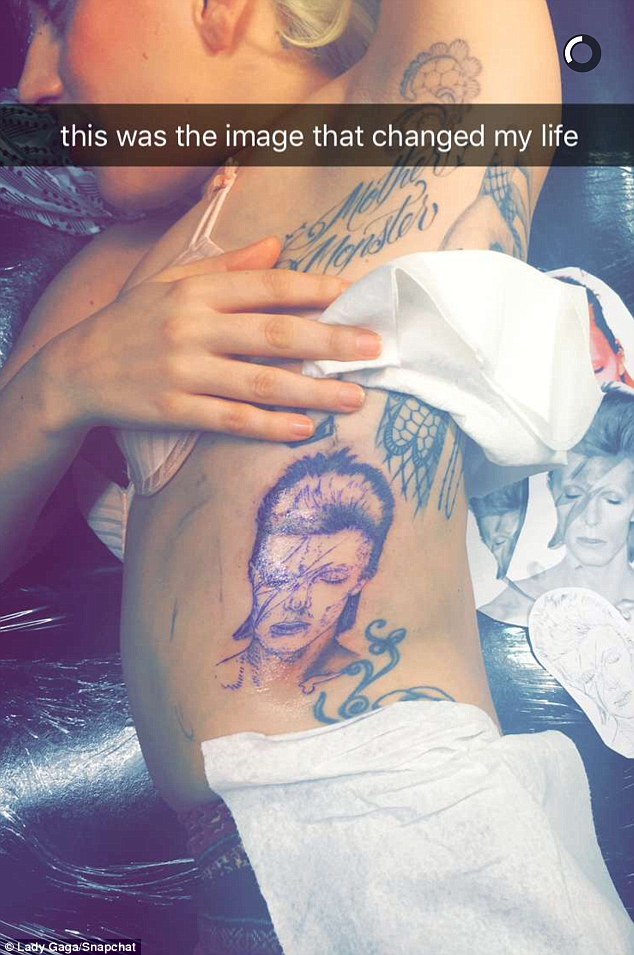 Lady Gaga was chosen to perform a tribute to the late David Bowie at the Grammy Awards on Monday, and the pop star decided to commemorate the honor in the most permanent of ways – by getting a portrait tattoo of the legend inked on her side. Lady Gaga’s tattoo was done by the great Mark Mahoney at his Shamrock Social Club tattoo shop in West Hollywood, and was designed after Bowie’s infamous Aladdin Sane album cover, an image that model Ireland Baldwin also had inked on her shoulder, back in September.

If Lady Gaga only plans to get tattoos on the left side of her body, a promise she made to her father years ago, she is quickly running out of real estate, but that didn’t stop the pop star from getting a large tattoo of David Bowie’s portrait on her side. Gaga’s Bowie tattoo is inked towards the lower part of her left ribcage, in the middle of her anchor, monster paw and roses tattoos, and features an image of David Bowie as his famous Ziggy Stardust alter ego, with his eyes closed and Ziggy’s iconic lightning bolt makeup inked across his face. 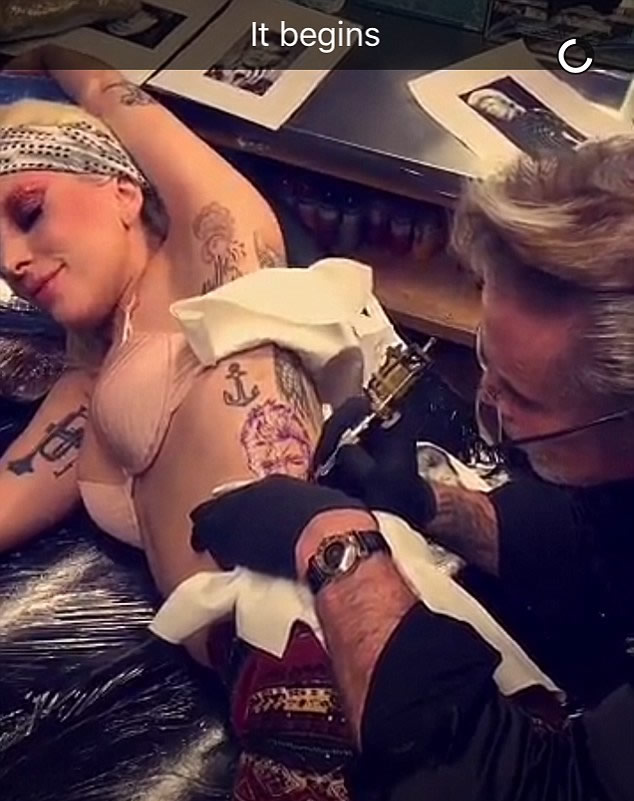 Plenty of celebrities paid tribute to David Bowie when he died last month, after a private battle with cancer, some with social media posts and others with impromptu shrines to the iconic singer, but few went the extra mile with Bowie tribute tattoos. David Bowie obviously had a big impact on Lady Gaga and her music career though, and when the singer shared a snapchat video of the tattoo session, she captioned it, “this was the image that changed my life.” Lady Gaga’s tattoo was done on February 13, just two days before the pop star is scheduled to perform an eight-minute tribute to David Bowie at the 58th Annual Grammy Awards. 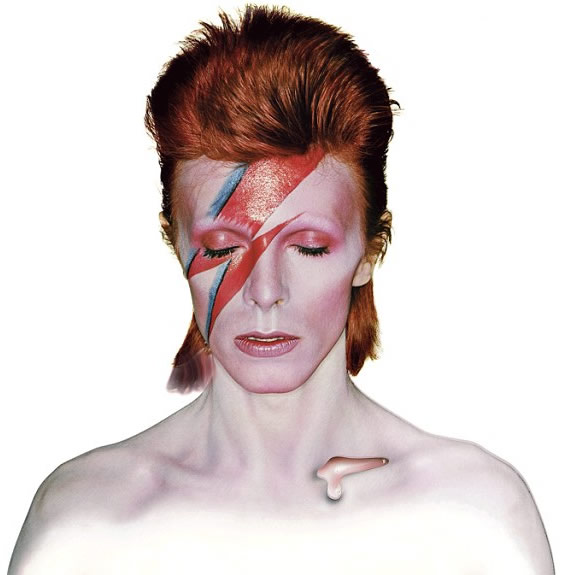 Apparently Lady Gaga was an obvious choice to pay tribute to the late David Bowie during the Grammy Awards, and as executive producer Ken Ehrlich revealed last week, “[When David passed], we immediately spoke and agreed that [Gaga] should be the one to honor David. She’s perfect for it.” According to Lady Gaga herself, in an interview she gave prior to his death, “When I fell in love with David Bowie, when I was living on the Lower East Side, I always felt that his glamour was something he was using to express a message to people that was very healing for their souls.”

One Response to: Lady Gaga Pays Tribute to David Bowie with Side Portrait Tattoo