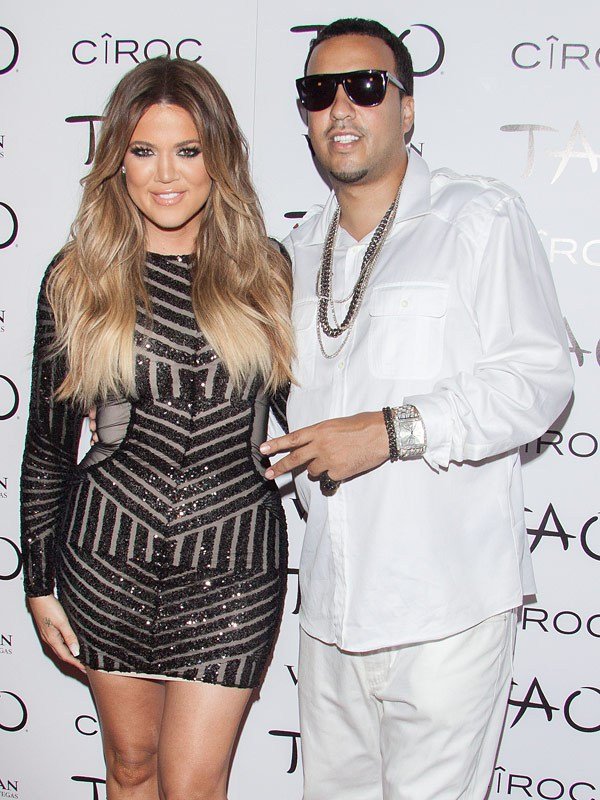 There is obviously no chance of a reconciliation between Khloe Kardashian and her ex-husband Lamar Odom, but the fact that Khloe hasn’t yet removed the tribute tat to Lamar on her hand has some people questioning whether Khloe has really moved on with her life. Yes, Khloe is now dating rapper French Montana and appears in his new music video “Don’t Panic,” and French has, in turn, appeared on Keeping Up With the Kardashians. But that pesky “LO” hand tattoo is still there…it’s not like she doesn’t have the money to get it removed! Lucky for us, Khloe spilled the beans in a clip from her show KUWTK, discussing her new relationship with French, her painful split from Lamar, and why she still has his initials inked on her hand. Find out below!

We get the fact that some inked-up celebrities prefer to hang on to tattoos even if they end up regretting them, because they “tell a story” about their life and where they’ve been. That was certainly true for pop star Cheryl Cole and her “Mrs. C.” neck tattoo, right up until she recently got remarried and finally decided it was time to give that reminder of her cheating ex-husband the ax. But it’s got to be pretty awkward for French Montana to see Lamar’s initials every time he looks at his girlfriend’s hand, right? Apparently Khloe isn’t a big fan of the ink either, but has doubts about getting it removed. “What am I supposed to do with it?” Khloe says in a clip from her reality TV show. “I don’t want to remove it. I like tattoos on my hands, but I could change the words.”

Hmm….how could Khloe Kardashian alter her “LO” hand tattoo to make it less about Lamar Odom and more about herself? 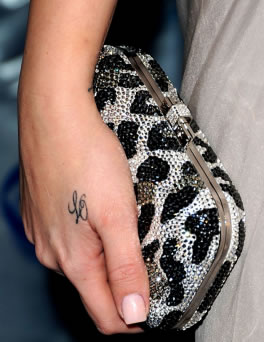 She could add a K-H before and E- after, making it spell out “Khloe,” or add a V-E to make it say “LOVE,” but the spot on her hand between her thumb and index finger may be a tad too small for that. Oh well, hopefully Khloe will be a little more selective in the future when it comes to relationship tattoos. She is obviously very happy in her current relationship with French Montana, but as of now, she’s only gone so far as to wear a pretty gold necklace featuring the rapper’s Moroccan birth name, “Karim,” written in Arabic. Trust us, if we find out Khloe has gone under the needle for an Arabic “Karim” tattoo, you’ll be the first to know!