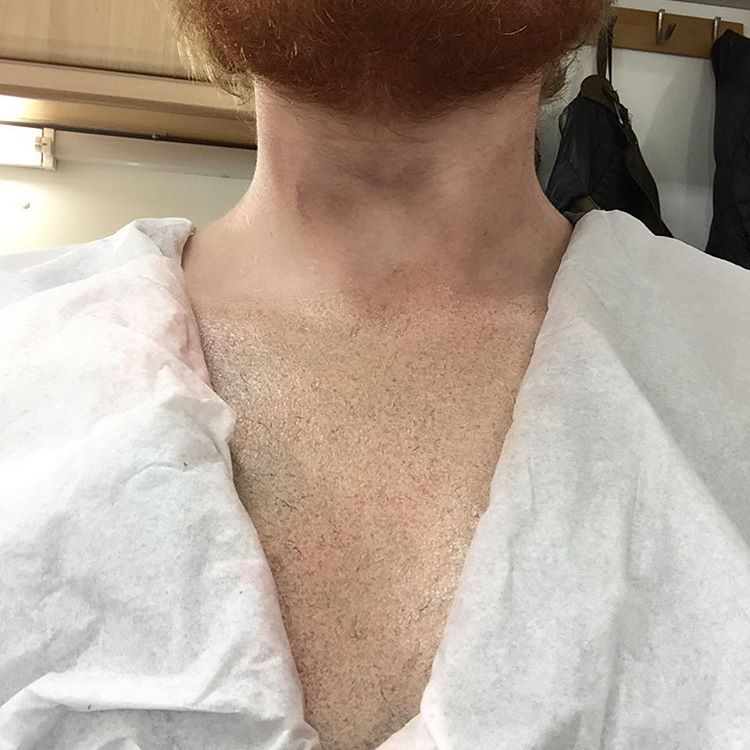 In an elaborate prank within a prank, within a prank, Ed Sheeran revealed yesterday that the massive lion chest tattoo he revealed earlier this month is, in fact, the real deal, after convincing fans just hours earlier that the ink was fake. Ed Sheeran must have gotten the idea to trick his loyal Instagram followers after the harsh criticism he received for his gigantic lion tattoo, which resulted in some fans saying they hoped the ink was a prank. As Ed says though, “[The lion’s] not the first weird tattoo I’ve got and it won’t be the last.” Now we’ll just have to pay extra close attention to Ed Sheeran’s tattoos in the future, to figure out if they are real or fake!

Ed Sheeran first debuted his gigantic lion chest tattoo on August 11, and faced some serious backlash from fans who found the tattoo to be weird, ugly and just too darn big. Well, those who went so far as to say they hoped Ed Sheeran’s tattoo was a “prank” got their just desserts on August 26, when the “Thinking Out Loud” singer posted an Instagram photo showing his bare chest and captioned, “Was only joking about the lion.” The subsequent sighs of relief could be heard around the world, but, trickster that he is, Ed took to Instagram just hours later to admit that the “fake” lion tattoo was a prank in and of itself. Yes, that means Ed’s lion ink is very much real. 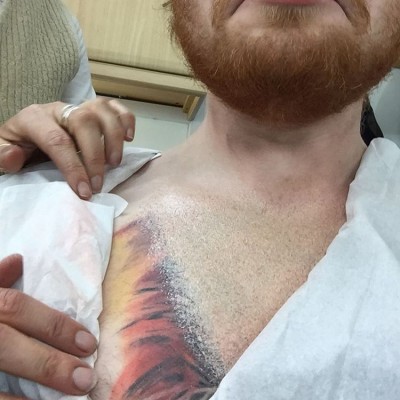 According to Ed Sheeran’s latest Instagram post (if we can keep them all straight) his huge orange, black and white chest tattoo of a lion’s head was only temporarily covered up for a TV show appearance, and is very much a permanent part of Ed’s tattoo collection. The fierce lion tattoo was inked by celebrity tattoo artist Kevin Paul, and is meant to symbolize the mascot of London’s football team, whose home field is Wembley Stadium, where Ed played three sold-out shows in July. For those of you still holding out hope that Ed Sheeran’s lion tattoo is a fake, you can at least thank your lucky stars that the singer didn’t go with his first tattoo design idea: Wembley Stadium’s floor plan.