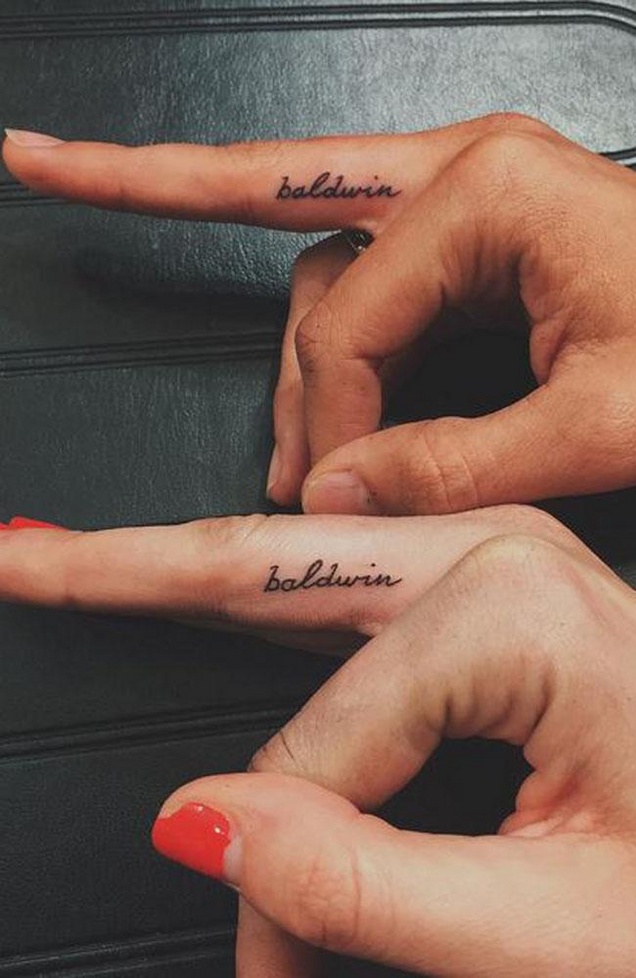 Hailey and Ireland Baldwin have definitely caught the tattoo bug (both have been spotted going under the needle quite a few times recently) and the cousins have finally decided to get inked together, this time opting for small matching finger tattoos of their shared last name. Hailey and Ireland’s twinsie tats are inked on the inside of their right-hand middle fingers, and feature their last name – Baldwin – inked in lower-case letters in a simple black script font.

Both Hailey and Ireland took to Instagram to show off their new matching “Baldwin” finger tattoos, which were inked on July 29, by New York City-based tattoo artist Jon Boy, who also happens to have done Hailey Baldwin’s “g” behind-the-ear tattoo and Kendall Jenner’s first-ever tattoo of a small white dot on her finger. Jon Boy also posted a photo of Hailey and Ireland’s finger tattoos on Instagram, captioning the black and white snap, “Baldwin #hillsongnyc #jonboytattoo.”

We aren’t terribly surprised that Ireland and Hailey Baldwin decided to get matching finger tattoos; they are only one year apart in age, and have been seemingly inseparable recently, enjoying a day shopping in New York this week, after attending the “Mission Impossible – Rogue Nation” premier together in NYC the night before. Getting matching “Baldwin” tattoos was apparently the icing on the cake of a cousins’ adventure in New York City. 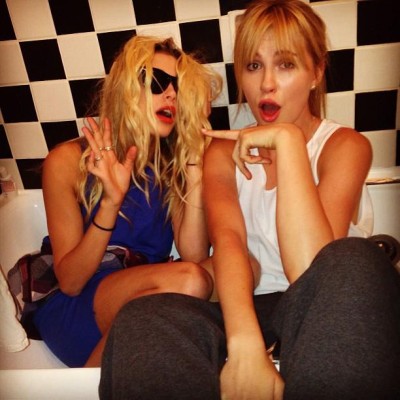 Hailey and Ireland Baldwin obviously love tattoos, and so far, Hailey has opted for tiny and discreet tattoos – the “g” behind her ear, a tiny heart on her ankle and now “Baldwin” on her finger” – while Ireland has gone the extra mile, opting for larger, in-your-face pieces like her Hello Kitty forearm tat and the henna-style flower tattoo on her upper arm. Actually, if we didn’t know any better, we would say that Ireland Baldwin may be working towards a half-sleeve tattoo!