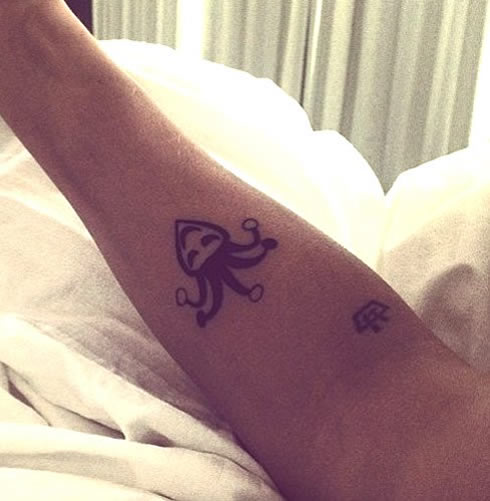 Justin Bieber added his 25th tattoo on Saturday, January 11th, and its got quite the ironic story to it. A jester was inked on the right arm of Justin, just below his Japanese Kanji tattoo on the same arm. The new arm tat features a character with a hat and bells, which may also be seen as a joker or wildcard, and was timed perfectly with the Biebs being suspected of hurling eggs, possibly resulting in felony charges being sought, at a neighbors house just a few days before. Is the new tattoo meant to “stick it to the man” as investigation into the mischievous crime continues? We think it just may be, and it just may also be hilarious. How about you?

According to TMZ, law enforcement officials met with owner of an egged house on Thursday night who places blame for the act of vandalism on none other than neighbor Justin Bieber, claiming to have both video proof and physical evidence that it was in fact the Biebs who chucked eggs at his house. Originally, detectives tied a misdemeanor offense to the incident, but may be elevating it up to a felony has the homeowner has estimates for repairs done. If the cost of repairs exceeds $400, the crime could warrant a felony charge. 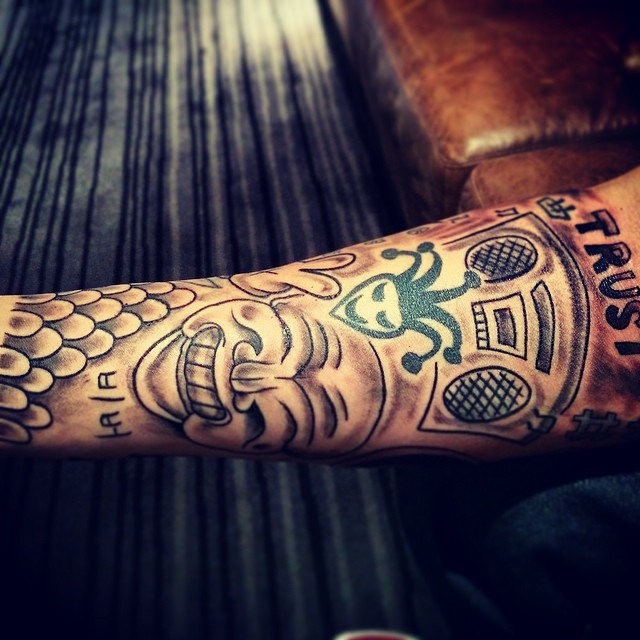 This is not the first time Justin has been suspected of breaking the law, with accusations of marijuana smoking, reckless driving, and other such minor infractions being reviewed by police in the past. Despite many attempts by police to charge the Biebs with a crime, proper evidence has always been lacking, until now. Detectives are confident that they have Justin right where they want him, and plan to charge Justin with the highest offense possible, seeking to end their “cat and mouse” chase with the pop singer and bring him to justice once and for all.

The latest ink is most likely a stab at the law enforcement officials who have tried time and time again (and failed) to press charges against Justin. Apparently he may think of himself as a joker or jester while enjoying an “untouchable” status from police while his antics continue. Guess we will have to wait and see if charges will stick this time, but our feeling is that Justin will be fine, and his loco antics will continue to amuse us all for a long time to come.