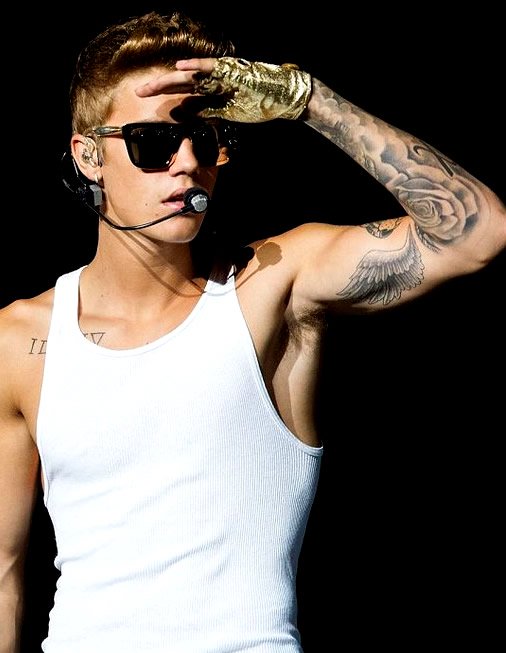 Stop the presses! We have finally caught a glimpse of the mysterious tattoo Justin Bieber has been hiding from us for weeks…and it’s an angel’s wing! We originally thought that the new tattoo incorporated into the Biebs’ sleeve was an image of the Virgin Mary, but, thank to a shot of the singer shading his eyes with his left hand during a recent performance, we now know that the previously unknown ink is a single wing, similar to the wings on the “Selena Gomez” angel tattoo JB has inked on his left wrist.

Possibly way back on August 15th, Justin Bieber hit up a tattoo and got what we think may have been the first of two recent tattoos – first the wing on his arm and the Bible verse tattoo inked on the back of his left shoulder. The 19-year-old has been a busy little bee when it comes to tattoos lately, adding a whopping 13 new tattoos to his collection since the start of 2013 alone. And now, with the addition of the large angel’s wing on the inside of his left bicep, the pop star’s sleeve is finally almost complete!

Since Bieber hasn’t yet revealed the meaning behind his angel wing tattoo (we’re lucky he even revealed the tattoo itself!), we can only speculate about the significance of the ink. Because of its location, which is pretty much not visible at all unless he lifts up his arm, we think that the wing tattoo must mean something pretty important to the pop star. Wing tats are becoming more and more popular these days, and angel wings in particular have a number of possible meanings, including freedom, protection or aspiration, and they are sometimes inked in memory of a loved one lost as well. 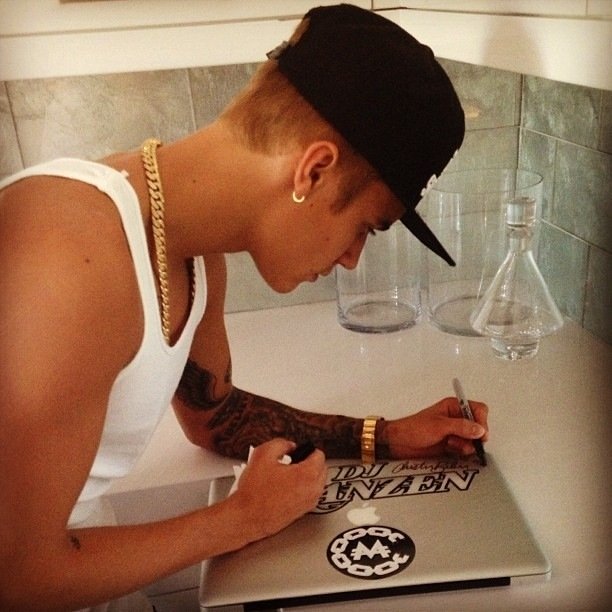 Because Justin Bieber’s tattoo on his wrist includes a figure of a woman (possibly ex-girlfriend Selena Gomez) with wings, the image is most likely meant to represent an angel or a guardian angel, to be more specific. It’s possible that the large wing on Justin’s arm could have a similar meaning, but it’s interesting that it’s just a single wing instead of a pair of wings inked together like you would normally see in a tattoo. The singer’s arm tattoo could be a tribute to an important person that he lost recently…perhaps Avalanna Routh, a six-year-old girl who passed away on September 26, 2012, after a long battle with brain cancer. JB was very close with Avalanna before her death, and he frequently called her “Mrs. Bieber” and his “angel.” Considering the fact that the Biebs said he loved Avalanna, it makes sense that his angel wing tat would be a tribute the girl who died too young. So sweet!