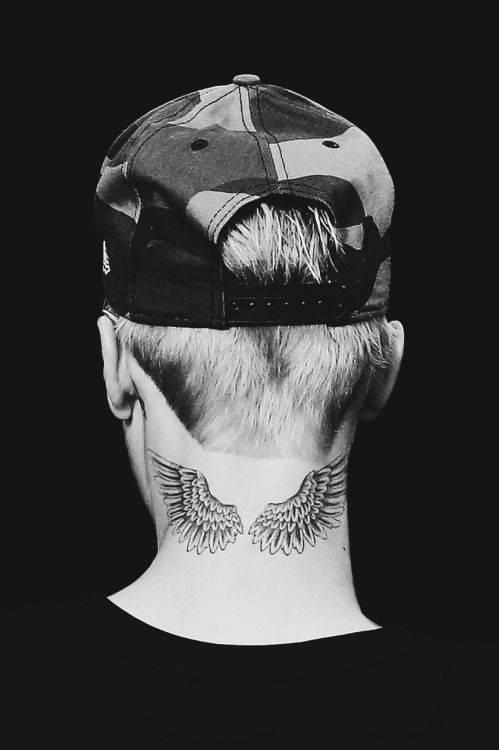 Justin Bieber showed off some Instagram pics of himself yesterday, wearing a suave black suit and posing in front of a dressing room mirror, but our eyes were on the brand-new tattoo of angel’s wings the pop star is sporting on the back of his neck! Justin Bieber’s tattoo is inked on the back of his neck, just below his hairline, and features two black and gray angel wings that peek above his shirt collar. The right angel wing reaches out to almost meet up with the “patience” tattoo on the side of his neck, and, although we can’t tell from these two Instagram pics, we’re guessing the left wing reaches out to meet up with Justin’s treble clef tattoo on the other side of his neck.

We first spotted the photos of Justin Bieber’s tattoo when the 21-year-old posted them on Instagram on December 10, along with the simple caption, “New tattoo.” The singer has been in a whirlwind recently, promoting his new Purpose album, which was released in November, and preparing for his Purpose World Tour, kicking off in early 2016, but it’s nice to see that Justin took some time out of his busy schedule to go back under the needle, which is something he has shown more and more interest in recently. 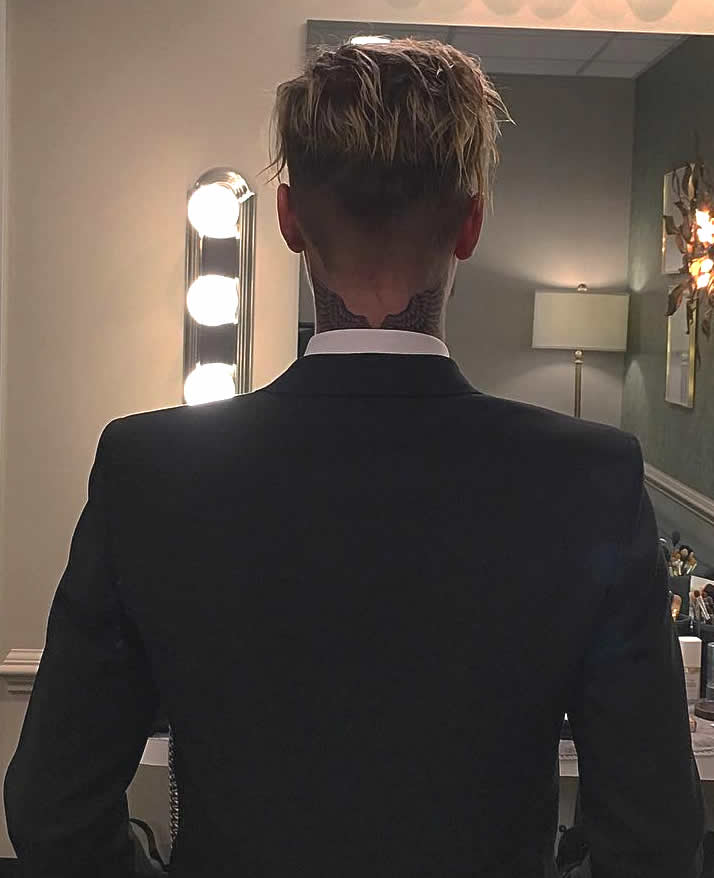 This new angel wings ink marks Justin Bieber’s 52nd tattoo, following a series of smaller tats the pop star has showed off recently. It’s been a couple months since the singer debuted a new tattoo – the last being the “Purpose” album title tat he had inked on his abdomen back in October – and this latest tattoo looks an awful lot like the angel wings another tattoo aficionado (David Beckham) had inked on the back of his neck way back in 2004. David Beckham actually caught a lot of flak for his angel wings neck tattoo, which some people said made him look like a “hooligan.” 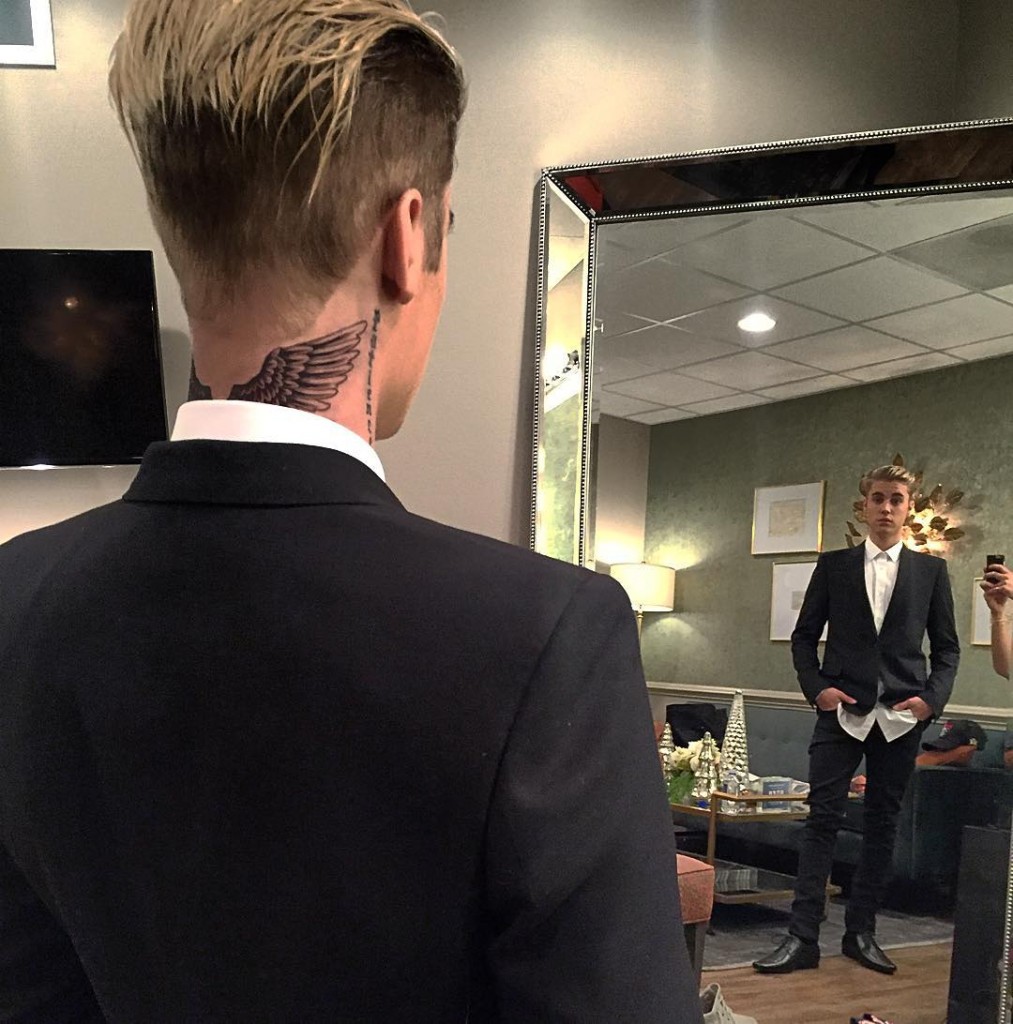 For someone who’s trying to clean up his image and win back his former affection from fans and fellow pop stars, it’s interesting that Justin Bieber would choose an image that David Beckham was so harshly criticized for, although we do have to say, we like the angel wings tattoo a lot better on Justin than on David. What do you think of Justin Bieber’s tattoo? Let us know in the comments section below!

10 Responses to: Justin Bieber Gets New Angel Wings Tattoo on the Back of His Neck!