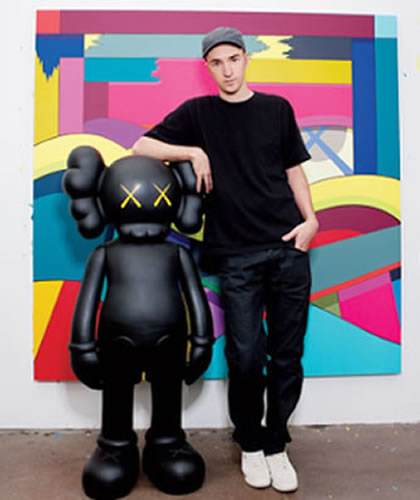 That’s right, not only has graffiti become a hobby of Justin Bieber’s, it’s also become a permanent artistic influence in his life. We already know about the Banksy “Balloon Girl” inspired tattoo, but it would appear that the famed British street artist isn’t the only alternative artist (or ex-vandal) to inspire and influence the young prince of pop.

While most of the time Justin Bieber’s tattoos are religious or appear to have popped out of thin air and landed on his arm, he seems to have put some real time and thought into his recent additions. I mean since they’ve been decorating walls in different cities for a little while now – whether the locations were legal and happy about it is debatable – clearly the pictures were “loitering” in his head long before being beautifully scarred onto his arm.

From his red heart tattoo with X’s for eyes sprayed on the wall near a tunnel in Columbia, to a blue version of his X-for-eyes star tattoo in L.A., and a red thumbs up glove, like his peace sign glove tattoo, in Brazil…if some hater, paps, or police haven’t had them covered up yet as they like to do. 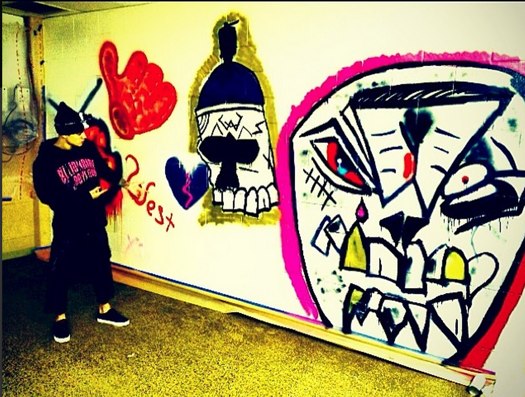 So what is with all the X’d out artwork? Does Justin think love is blind? Peace is a lie? Or maybe stardom leaves you dazed? We can guess all day, in fact it’s one of our favorite past times, but it would appear the artwork has a traceable point of origin even if we don’t know EXACTLY why it means so much to the Biebs.

Graffiti artist turned entrepreneur KAWS, located in N.Y., seems to be the inspiration behind at least a few of JB’s new half-sleeve tats incorporating calligraphy-style art. KAWS’ most well-known piece is his character companion who has X’d out eyes and X’d white gloves on. He has a statue and had a balloon in the Macy’s day parade (my personal favorite). KAWS street art has turned into many other things like toys and advertisements, including a semi-nude image of Rihanna inspired by his art.

Justin seems to love and respect the arts in just about all forms, so it’s not surprising that he would pay tribute to a man making a living with his craft, as that is what Justin himself does with his music.

2 Responses to: Justin Bieber’s New Right-Sleeve Tats May Have Been Inspired by Graffiti Artist KAWS