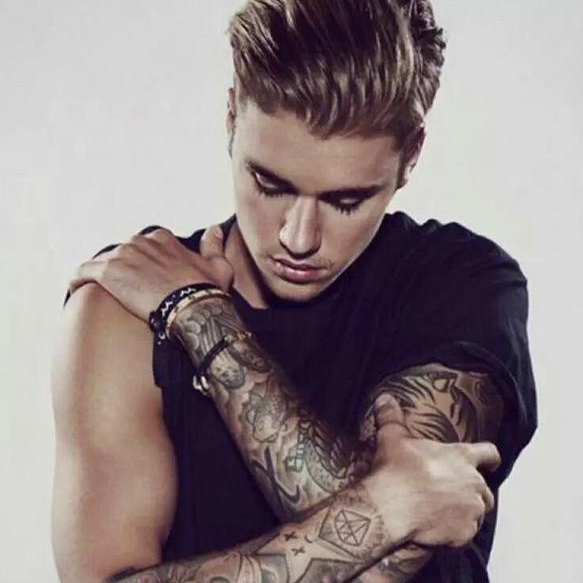 Justin Bieber was recently on a promotional visit in New Zealand following a string of appearances in Australia, and, despite his jam-packed schedule in “God’s Own Country,” the pop star said that he wanted to get another new tattoo during his whirlwind trip. Speaking to TV3’s Story on Thursday, Justin Bieber revealed that, if he could find a tattoo artist that was available, he would get a brand-new tattoo that very night, just before he left!

During his interview with TV3 on October 1, Justin was asked if he’s ever gotten a tattoo in New Zealand, and his very “Bieber” response was this: “Not yet. You want to hook me up with a tattoo artist and I’ll get one tonight? I swear.” He said this while lifting up his right sleeve to reveal a very bare upper-right arm. “I’ve got all this space here that needs to be filled. I realistically have time, I’ll get one tonight, seriously.”

While Justin Bieber didn’t reveal what tattoo (or tattoos) he planned to get in New Zealand, he told TV3 that he had a couple of ideas in mind that he’s been thinking about, he just hasn’t had the time to get them done. He also indicated that if he did get inked, he would probably put the design on the inside of his bicep on his right arm, which is completely devoid of tattoos as yet, or on his chest, along with his cross tattoo.

We don’t know yet if Justin Bieber actually got a new tattoo in New Zealand, but if he did, it’s possible (but unlikely) that he took the Rihanna route and get a traditional Maori tribal tattoo, an incredibly painful method of tattooing native to New Zealand that involves hammering the ink into the skin using a chisel and mallet. So far, Justin has stuck with conventional tattoos done with a regular old needle, but it would be pretty neat to see a Maori tribal tat on Justin’s arm or chest, wouldn’t it??