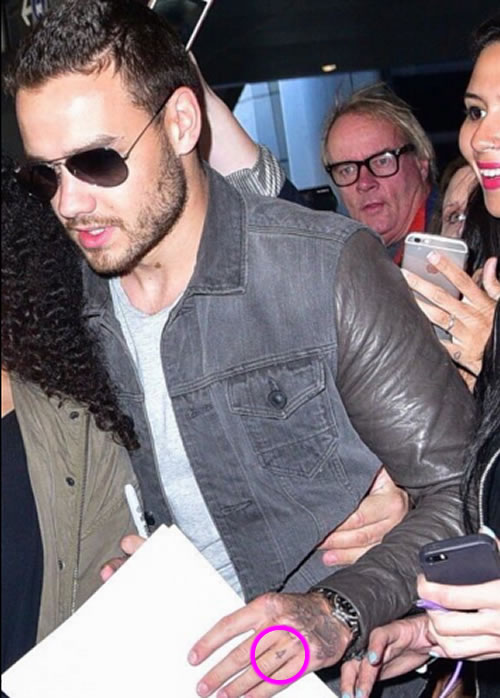 Liam Payne debuted some new ink following a whirlwind pre-Grammys trip to the Maldives, to Dubai and back to Los Angeles last week – a small number “4” inked on the ring finger of his left hand. Could it be that Liam Payne’s new tattoo is a tribute to One Direction, inked on the finger you would traditionally find a wedding band, to signify his emotional commitment to the band, which is currently on a hiatus? Or is there another meaning for Liam’s tattoo of the number 4? Read on to find out!

Liam Payne has yet to explain the meaning behind his “4” finger tattoo, but some are speculating that the ink is a tribute to One Direction, as the band went from five members to four when Zayn Malik quit mid-tour last March. Liam has also been affectionately known as the “daddy” of One Direction, and is always attempting to quell any backstage tension in an effort to get everyone back on good terms. So it would make sense if the singer decided to get a number 4 inked on his finger as a tribute to himself, Louis Tomlinson, Niall Horan and Harry Styles.

If the rumors are true, and Liam Payne’s tattoo was inked in honor of One Direction, it wouldn’t be the first time the pop star has gone under the needle for his bandmates. Back in November 2012, Liam got a giant chevron tattoo on his right arm with four arrows to commemorate his bandmates (not including himself). When Zayn left the group, Liam’s chevron tattoo still made sense, being that there were four members left in the band, but maybe Liam thought the new group deserved a new tattoo! 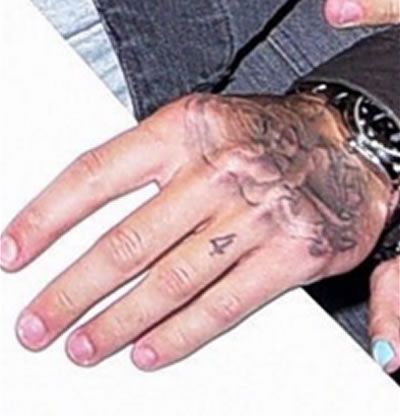 Speaking of Zayn, things have apparently been a little awkward between him and Liam, who has been having a tough time with Zayn’s decision to leave the band nearly a year ago. Referring to that awkwardness, Zayn recently said in an interview, “[Liam Payne] said that he didn’t understand it at the time, but now he fully gets why I had to do what I did. He understands that it’s my thing, that I had to do that, and that basically he wants to meet up and sit down and have a good chat in person.”

There have also been rumors circulating that Liam Payne has plans to collaborate with Jennifer Lopez and/or Juicy J, and has also received a collaboration offer from Shawn Mendes. Zayn and Liam were also spotted together earlier this month, and that spurred rumors about a possible solo career for Liam Payne. Could his number 4 tattoo be a tribute to the band he plans to leave, or is Liam Payne a One Direction-er through and through? Stay tuned to find out!

A Special thanks to PST fan Aimee Reider for help in discovering this tat!!