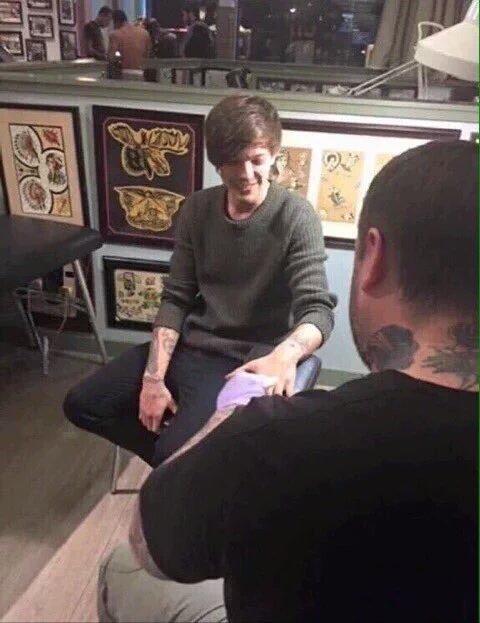 **Update: During a radio interview in 2017, Louis Tomlinson confirmed that the tattoo on his butt is of a penguin wearing headphones.

If there was anything Louis Tomlinson could do to one-up Harry Styles on the “Late Late” tattoo he got on live TV earlier this month, it would be to get a tattoo on his butt – which is exactly what he did during a trip to Chicago over the weekend! That’s not all though; Louis also got a new tattoo of the number “28” inked on his fingers, plus several other tattoos that have yet to be confirmed…and we have all the details for you right here!

The news of Louis Tomlinson’s new tattoos first hit the web on December 19, as tattoo artist Erik Gillespie claimed the One Direction star had gotten several new pieces during a visit to the Great Lakes Tattoo shop in Chicago. What followed was a Snapchat screenshot showing Louis laying on a table on his stomach, with his pants around his knees and a tattoo artist inking his left butt cheek! And just when we thought we had come to terms with the fact that Louis got a tattoo on his rear end, a photo emerged of the tattoo artist prepping the pop star’s hand for another new tattoo. 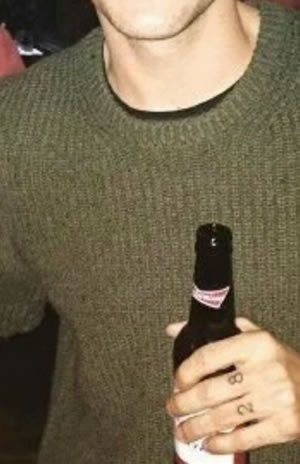 We’ve since discovered that Louis Tomlinson’s tattoo on his hand features the number “28,” thanks to a photo of Louis holding a Budweiser bottle in his left hand, and the number “2” is inked in black on the singer’s left-hand ring finger while the “8” is inked in black on his left-hand middle finger. Curious about the meaning behind Louis’ 28 tattoo? Die-hard fans will know that 28 is the number Louis wears on his Doncaster Rovers football jersey. Louis grew up in Doncaster, and in 2013, he was offered a deal by the professional football club to join the club on non-contract terms after impressing during a charity game. Obviously joining the Doncaster Rovers was an important moment in Louis’ life, and now he has a “28” tattoo on his fingers to commemorate the experience.

We’re still not sure what tattoo Louis had inked on his butt, and some reports have emerged online in the past day or so claiming that Louis Tomlinson got several other tattoos during the same session in Chicago, including two keys and a lighthouse with arrows, but we haven’t seen any photos confirming this new ink (yet). Stay tuned to get the latest scoop on Louis Tomlinson’s tattoos!

Special thanks to PST fan Aimee Reider for finding these tattoos!! 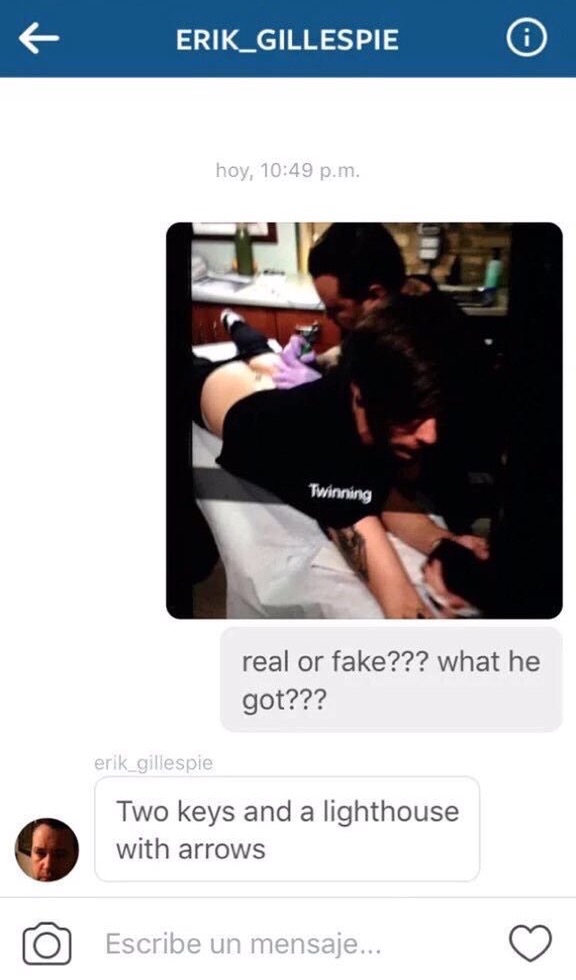 6 Responses to: Louis Tomlinson Gets New Tattoos on His Fingers and Rear End!