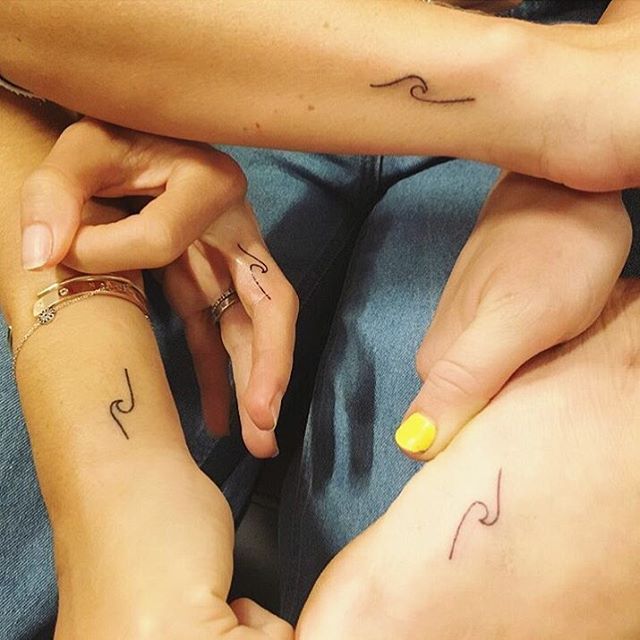 Phew – that’s a lot of famous people in one headline. So, the story is, Miley Cyrus and Liam Hemsworth are enjoying a laid-back vacay Down Under in Australia, and the pop star has hit up gal pal and Sydney-based tattoo artist Lauren Winzer for several new tattoos during the trip, including a brand-new wave tattoo she got with Chris Hemsworth’s wife, Elsa Pataky, and two other female friends, April Munro and Kalani Miller, who just happens to be the girlfriend of pro surfer Kelly Slater. Geez – it’s like six degrees of Kevin Bacon up in here.

So back to the new Miley Cyrus tattoo. On April 30, the four girls went to Lauren Winzer’s tattoo shop, Hunter & Fox Tattoo, in Sydney, where Miley and Liam are reportedly visiting the native Aussie’s brother, Chris Hemsworth, his wife, and their three children, India, Sasha and Tristan. The group opted for cute matching tattoos, all in different locations on their bodies, and the simple black line design of a single wave was actually drawn by Kelly Slater.

Winzer posted a photo of the completed wave tattoos on Instagram, along with the caption, “Stoked to do these little matching custom waves @kellyslater drew up for @mileycyrus @kalanimiller @elsapatakyconfidential @aprilmun.” Kalani Miller reposted the wave tattoo pic, and captioned the snap, “When girls night starts out like this…Thank you @laurenwinzer for the new ink! And the boo @kellyslater for the scribble.” 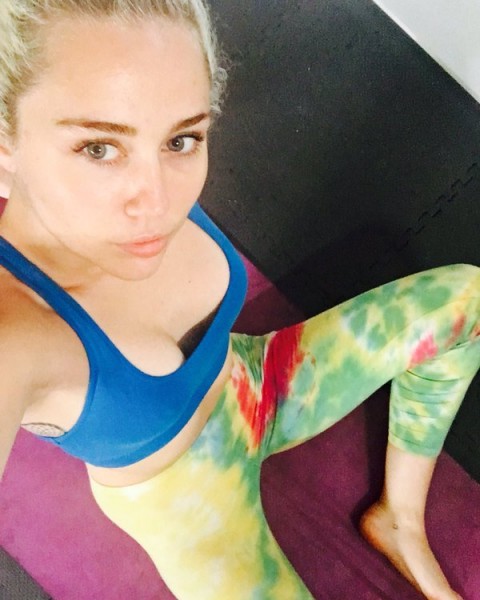 The other girls may be fairly new to the tattoo world, but this isn’t even Miley Cyrus’ first tattoo this week. Just a few days ago, Lauren Winzer gave the tattoo-obsessed singer another new piece – a little baby Jupiter planet inked on her arm. Obviously Miley is having a great time vacationing in Australia and hanging out with her girlfriends, and while Liam Hemsworth said at the Los Angeles premier of his new film “The Huntsman: Winter’s War” that the two are “not engaged,” they have obviously reconciled, and even shared a lunch with Liam’s parents a couple of weeks ago.

Miley Cyrus and Liam Hemsworth first met while filming “The Last Song” in June 2009, and announced their engagement in June 2012, before breaking up in September 2013, and remaining apart for several years. They share a matching tattoo on their arms inspired by Teddy Roosevelt though, and Miley has recently been spotted wearing the engagement ring Liam gave her when he proposed. There’s no doubt that things are heating up again between Miley and Liam, and now that the 23-year-old has a matching tattoo with Liam’s sister-in-law, it definitely seems like things are back on between the two!