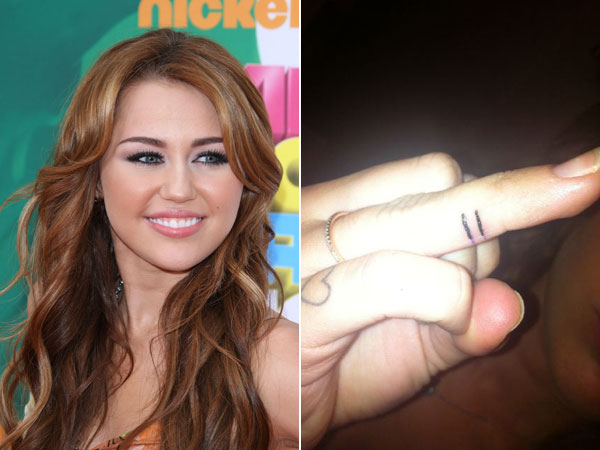 In July 2011, Miley Cyrus sparked what turned out to be a serious feud on Twitter by displaying a picture of her finger tattoo for all to see. And it wasn’t the first time Miley speaking her mind on this particular matter resulted in death threats. Wondering what Miley Cyrus’ most controversial tattoo is? Find out below!

Perhaps Miley Cyrus’ most talked-about (and definitely most controversial) tattoo is the equal sign the superstar got inked on her finger in July 2011. Miley Cyrus’ finger tattoo consists of two small, parallel lines inked in black which form a simple equal sign, located on her right ring finger. Miley Cyrus has never been afraid to speak her mind, and her finger tattoo ultimately sparked a debate among Miley fans regarding equality and gay rights. Miley even stood up for one fan who was verbally attacked after questioning the teen star’s beliefs, tweeting, “Dude everyone lay off…Love u! Everyone is entitled 2 opinions! If u don’t stand 4 something you’ll fall for anything.”

At a young age, Miley Cyrus emerged as a strong advocate for LGBT rights, using her fame as a platform to voice her strong beliefs about the importance of equality, love, and not passing judgment on others. Shortly after getting her equal sign tattoo, Miley Cyrus tweeted a picture of the tat along with the post “ALL LOVE is equal.” As fans began to respond to Miley’s message, with both positive and negative comments about the singer’s support of the gay community and her belief in God, Miley tweeted back, “Where does it say in the bible to judge others? Oh right. It doesn’t. GOD is the only judge honey. GOD is love.” A few weeks prior to getting her finger tat, Miley Cyrus voiced her opinion again about gay marriage when the Casey Anthony verdict came in. “You know the world is skewed when people get away with murdering children but we can’t get gay marriage legalized in the state of California,” Miley posted on Twitter. 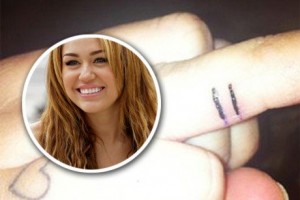 Miley’s equal sign tattoo isn’t the first time her belief-sharing has sparked a near-feud on Twitter. In a Parade magazine interview in March 2010, Miley confided that one of the reasons she had to quit Twitter for a little while was that she was receiving angry tweets from fans who didn’t agree with her support of gay marriage. She finally returned to Twitter in early 2011. “There has been so much controversy sometimes about what I’ve said or done because I believe there are no mistakes, because God is the only one who can judge us,” Miley Cyrus explained. “That’s the reason I deleted my Twitter account because I said on there that I believed in gay marriage because everyone should have the right to love each other, and I got such hate mail about my being a bad person.” Despite her Twitter troubles though, Miley has maintained her belief in love and equality, illustrated by many of her tattoos. In fact, Miley’s new Twitter profile shares a similar message, reading “Let your light shine. Be a source of strength & courage. Share your wisdom. RADIATE LOVE.” And oh did we mention that Miley Cyrus has a love tattoo AND a heart tattoo. Love is everywhere for this girl.

Miley Cyrus Gets a New Tattoo to Show Support 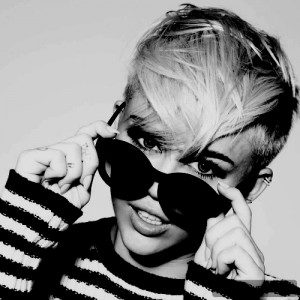 Most people do some volunteer work or possibly even donate money when they want to support a good cause. Not Miley Cyrus! She went the extra mile and got a tattoo inked on her finger in support of gay marriage and equal rights, going quite a few steps further than most celebrities would to show their support for a cause. Long before getting her finger tattoo Miley Cyrus went on record about her stance regarding gay marriage and equal rights. In 2009, Miley Cyrus showed her support for Perez Hilton when he was involved in a feud with Miss USA Carrie Prejean over her anti-gay marriage stance. “Jesus loves you and your partner and wants you to know how much he cares!” she wrote on Twitter. “I am a Christian and I love you – gay or not. Because you are no different than anyone else! We are all God’s children!” That’s some serious support!