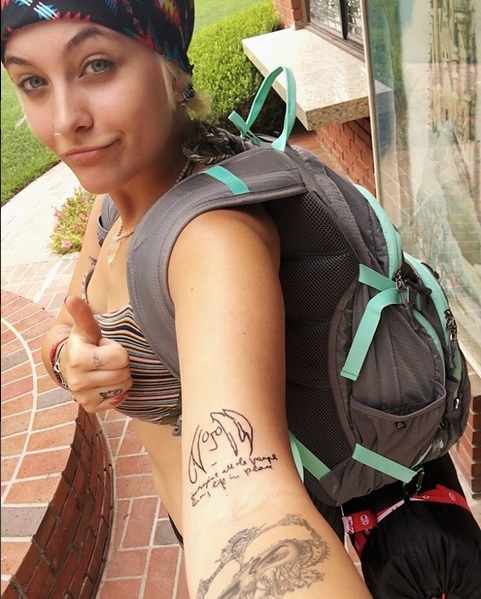 Everyone from her late father, Michael Jackson, to David Bowie, Prince and Van Halen have been immortalized in tattoos on Paris Jackson’s body, done over the course of just a few months, and now the 18-year-old has added a brand-new tattoo inspired by the late, great John Lennon. Paris Jackson showed off her new John Lennon tattoo in a series of Snapchat videos, and posted the final product on Instagram as well, along with the caption: “the yeti permanently stamped my skin with the face of a legend today.”

Paris Jackson’s latest tattoo features a crude sketch of the iconic Beatles singer, wearing his signature glasses, and the phrase “imagine all the people living life in peace,” inspired by John Lennon’s hit “Imagine,” which has inspired countless people to bring peace into their lives. Even the bio section of Paris’ Instagram account reads “Give peace a chance.” The fresh ink was reportedly done on September 17, by Connor Garritty, tattoo artist and owner of Timeless Tattoo in Los Angeles, and is located on Paris’ left arm, just above the tattoo she got of Michael Jackson’s Dangerous album cover art in May. 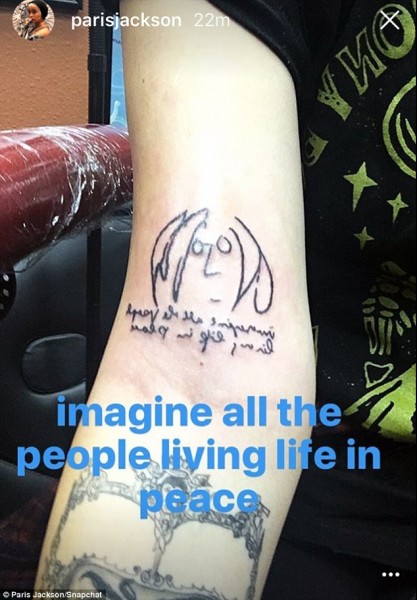 Paris got her John Lennon tattoo just days after posting a series of Instagram clips, in which the troubled teen is crying her eyes out and blames a previous suicide attempt on incessant bullying from online haters. “When I was 14 I got so much hatred that I tried to kill myself,” she revealed. “I’ve tried sticking up for myself, I’ve tried the whole, blocking the haters thing, not reading the comments. I’ve tried, I’ve tried a lot of things, ignoring it, but it’s hard. It is, when there’s so much of it. I’m just tired of it, I’m just really, really tired.” 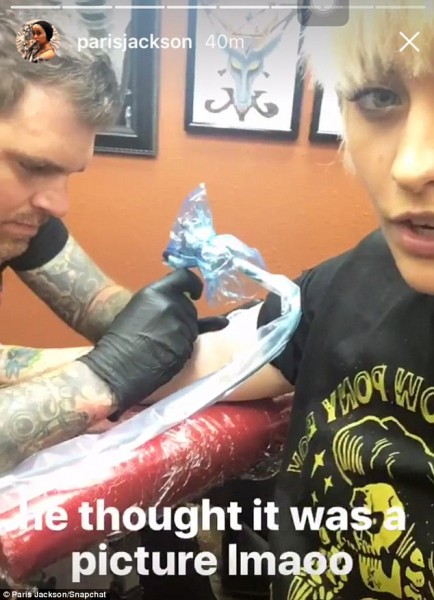 Despite posting those tearful Instagram pleas just last week, it seems Paris has finally found some inner peace – or has at least found a way to protect herself from the haters – and what better tattoo to commemorate such an important moment than one inspired by John Lennon’s peaceful track, “Imagine?”