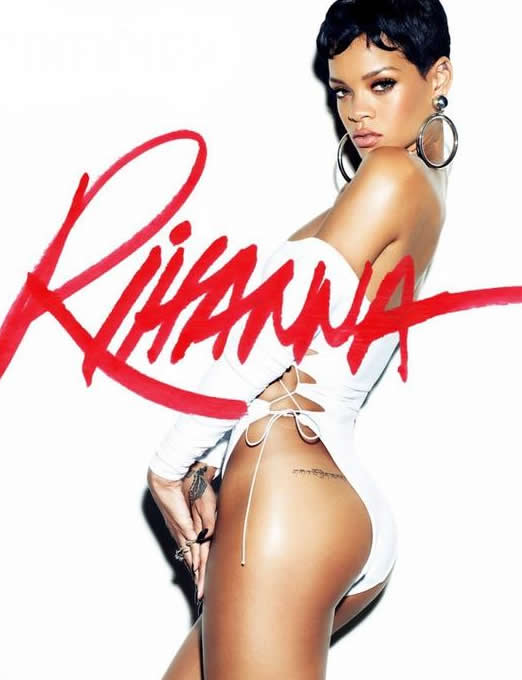 The mystery of Rihanna’s secret hip tattoo has been deciphered! Back in early 2012, we noticed that RiRi was sporting a previously unknown tattoo on her hip, thanks to a couple of shots taken of the singer in a teeny fringe bikini while she was vacationing in Hawaii, and again during a risqué photo shoot for Esquire magazine. We (correctly, we believe) assumed that the discreet tattoo had been inked in January 2012 by Mark Mahoney of L.A’s Shamrock Shack, during the same session that Rihanna scored the “Thug Life” tattoo tribute to Tupac on her knuckles. If you remember, we showed you some pictures of Rihanna laying on her stomach drinking some booze while Mahoney apparently worked on a lower back/butt tattoo for the pop star. However, other people say Rihanna’s hip tattoo was inked in March 2012. The jury’s still out on the exact date.

The Meaning of RiRi’s Hip Tattoo

The fact that Rihanna hasn’t spoken at all in public about her hip tattoo is only one reason why the ink was so mysterious. The other reason is because, like many of the pop star’s other tattoos, the butt tat is inked in a foreign language. It took a while, but we’ve finally discovered that RiRi’s secret tattoo on her hip/butt is actually written in Tibetan and reads simply “lover.” Love has played an important role in Rihanna’s life lately, especially with the recent passing of her beloved grandmother, but a major part of her love life has faced some serious criticism as well – namely her very public reunion with the man she calls the love of her life, Chris Brown, and all the trouble RiRi’s former abuser has been getting himself into these days (think barroom brawl with Rihanna’s ex, Drake). Perhaps Rihanna simply got the hip tattoo inked as a reminder that, regardless of what happens in her life, she is surrounded by the people she loves and those who love her back. 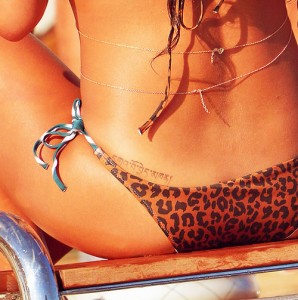 It’s interesting that Rihanna has chosen the Tibetan language for her “lover” tattoo, because it is yet another example of her obsession with tattoos inked in foreign languages. To date, RiRi has a tattoo inked in each of the following languages: French, Sanskrit, Arabic, Tibetan and English. She also has a tattoo on her shoulder inked in Roman numerals, a Maori-inspired tribal tattoo that symbolizes “love” and “strength,” and a personal mantra inked backwards on her chest, which makes it just as difficult to interpret as her foreign language tattoos. Why do you think RiRi likes to get tattoos inked on her body in other languages; so the general public can’t decipher them as easily? More importantly, why do you think Rihanna has kept her hip tattoo under wraps all these months? Let us know what you think!