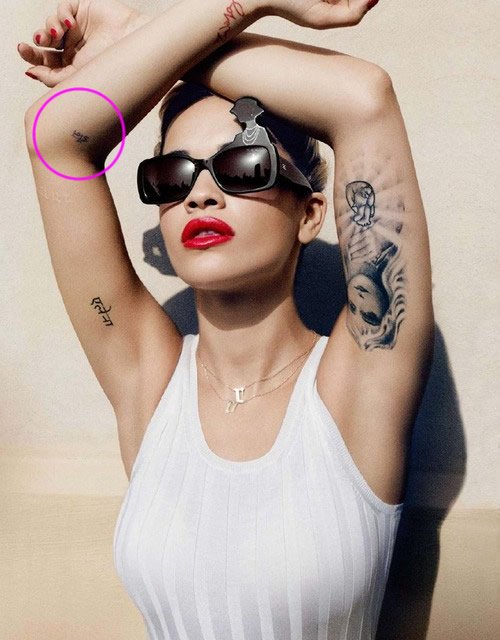 Rita Ora is a family gal, and she couldn’t possibly get a tattoo of her sister’s name without doing the same for her brother. Sometime July or August 2012, Rita went under the needle yet again and left the tattoo shop with her younger brother Don’s name inked on the inside of her right forearm, near her elbow. The singer is apparently a big fan of colored tattoos, because her arm tattoo is actually inked in purple, and the name Don is written in Hindi, just like the tattoo of her sister Elena’s name.

Rita hasn’t said too much about her “Don” tattoo in public, but she did mention the Hindi ink during a 2012 Tat Nation interview with KDWB’s “Big D.” Apparently the British pop star had just had the purple tattoo inked, because, when showing off all her ink, she said, “I have this, which is still a bit scabby. It’s my brother’s name in Hindi in purple ink, but right now it’s like, a bit crusty.” Judging by the date of the interview, we’re going to guess that Rita Ora’s tattoo was inked either in July or August 2012. 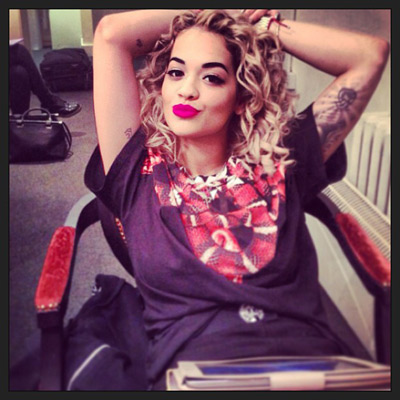 Growing up, Rita was very close with her mother, a psychiatrist, her father, a restaurant owner, and both of her siblings. “My sister is two years older than me, she actually works with me now and manages my day to day things,” Rita said during a recent interview. “My brother is 14, he still goes to school and plays on his Xbox all day.” Speaking again about her brother, Rita said, “He doesn’t care about a thing. He is so oblivious. I took him to the Drake show in Manchester and no joke, he was on his [game system] the whole time.” Sounds like a pretty normal family to us!