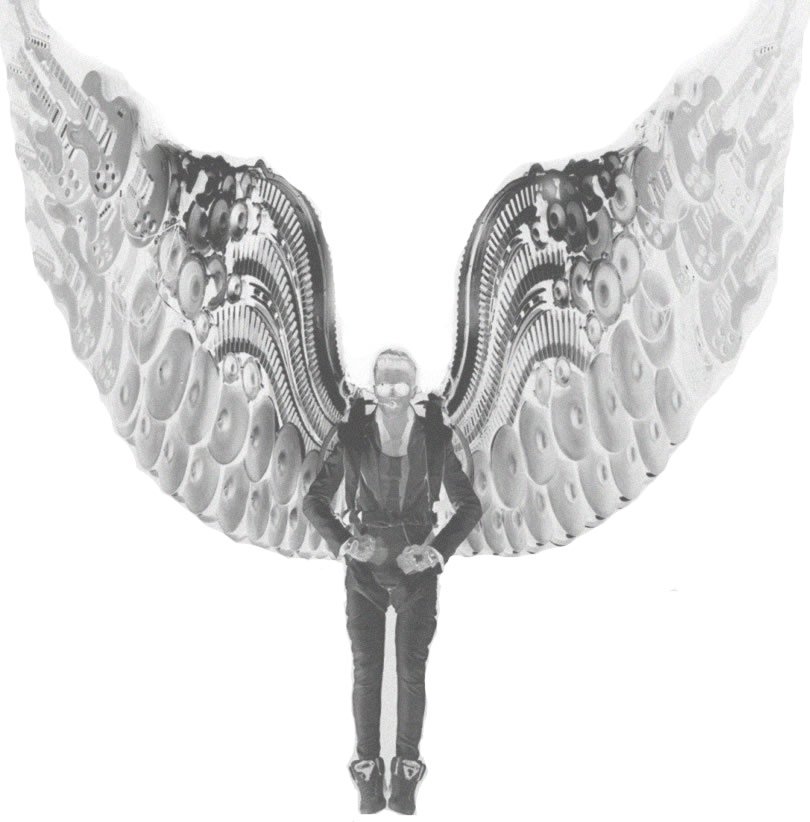 Justin Bieber basically professed his undying love for Selena Gomez with an angel tattoo last week, and we are all waiting with bated breath for the songstress’ response. Will she take him back? Will she become a Belieber again? And more importantly – will she return the gesture and get a tattoo inspired by Justin Bieber inked on her body? We know these are questions that could keep Bieber fans up at night, so we put our heads together here at Pop Star Tats and tried to imagine what it would look like if Selena Gomez answered back with a tattoo of her own guardian angel – a celestial Justin Bieber – and we think you’ll all appreciate what we came up with. Check it out below!

Justin Bieber in an Angel Tattoo?

Much like Justin Bieber’s Selena Gomez angel tattoo was inspired by the Disney darling’s sexy photo shoot for Elle magazine, we figured Selena’s tattoo tribute would also be designed after a real-life image of her pop star boyfriend. Now, maybe a few years ago, imagining Justin Bieber as an angel wouldn’t have been difficult, but some recent scrapes with the law have seemingly lowered the Biebs down to the rank of fallen angel. So, we searched high and low for just the right image of Bieber that Selena Gomez could get permanently emblazoned on her body, and we think we nailed it. Think back to the first date of Justin Bieber’s UK tour in Manchester, and you’ll see what we’re after here.

We’ve Got Selena Gomez’s Next Tattoo

Enter Justin Bieber, descending from the heavens in an ethereal white suit (with gold gloves of course) and gigantic metallic angel wings made out of guitars, keyboards, symbols and other musical instruments. Descending into an arena of screaming fans, there were probably plenty of girls who actually thought that Bieber was heaven-sent that day. 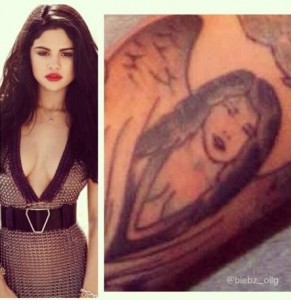 Granted, Bieber’s angelic entrance was proceeded by some not so innocent dancing and crotch-grabbing, but if ever there was an angelic Justin Bieber image, this is it – the perfect answer to the Selena Gomez angel tattoo the pop star got inked on his wrist last week. So tell us Selena, what are the chances you’ll add this sweet Justin Bieber tattoo to your collection one of these days?