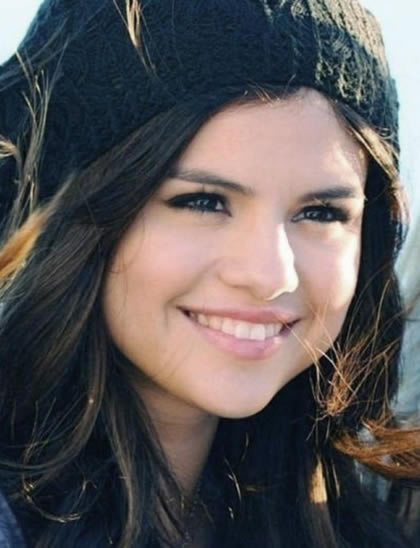 Between her own ink and former boyfriend Justin Bieber’s extensive collection of tats, Selena Gomez is no stranger to tattoos, but she does find it a little weird when fans get inked with her name or face. During an interview with a French radio show last month, Selena was asked about the weirdest thing a fan of hers has done, and she responded, “I’ve had somebody tattoo me on their leg actually. That was pretty intense.” Quick to clarify that point, lest her die-hard fans should find her ungrateful, Selena Gomez added that although she found that particular fan tattoo a little disturbing, “It was cool though.” Good catch Selena, because angry pop star fans can be vicious, and we’d hate to be on the receiving end of that backlash!

Although not all fans opt for such intense Selena Gomez tattoos in the singer’s honor, there are plenty more supporters out there who have gotten tattoo tributes to the 20-year-old. Just a couple of months ago, in fact, Selena Gomez was stopped by a fan while making her way through the Los Angeles International Airport so she could show the pop star her back tattoo. Selena took a moment to admire the tat, which featured her own name and Demi Lovato’s linked together with an infinity symbol, inked on the lower part of the female fan’s back. Although Demi and Selena used to be best buds (dating all the way back to their days on Barney & Friends), the duo isn’t as tight as they used to be. Still, Selena played it cool and thanked the fan for her obvious support, and then went on her way.

Is There a SelenaGomezCarl Out There?

It’s not that Selena Gomez is against tattoos on principle; she has two tats of her own after all – a tiny music note tattoo on her wrist and a larger tattoo of Roman numerals on the back of her neck. She probably just finds it a little disturbing to see her own name or likeness permanently captured in a tattoo on the body of a complete stranger. Sounds a little personal doesn’t it? We don’t blame her for getting a little freaked out. The next time you find a fan tattoo a little weird or “intense” though Selena, take comfort in this: At least there isn’t an obsessed 30-something male fan out there getting gigantic Selena Gomez tattoos all over his body. Nah, we’ll leave that honor to Miley Cyrus.