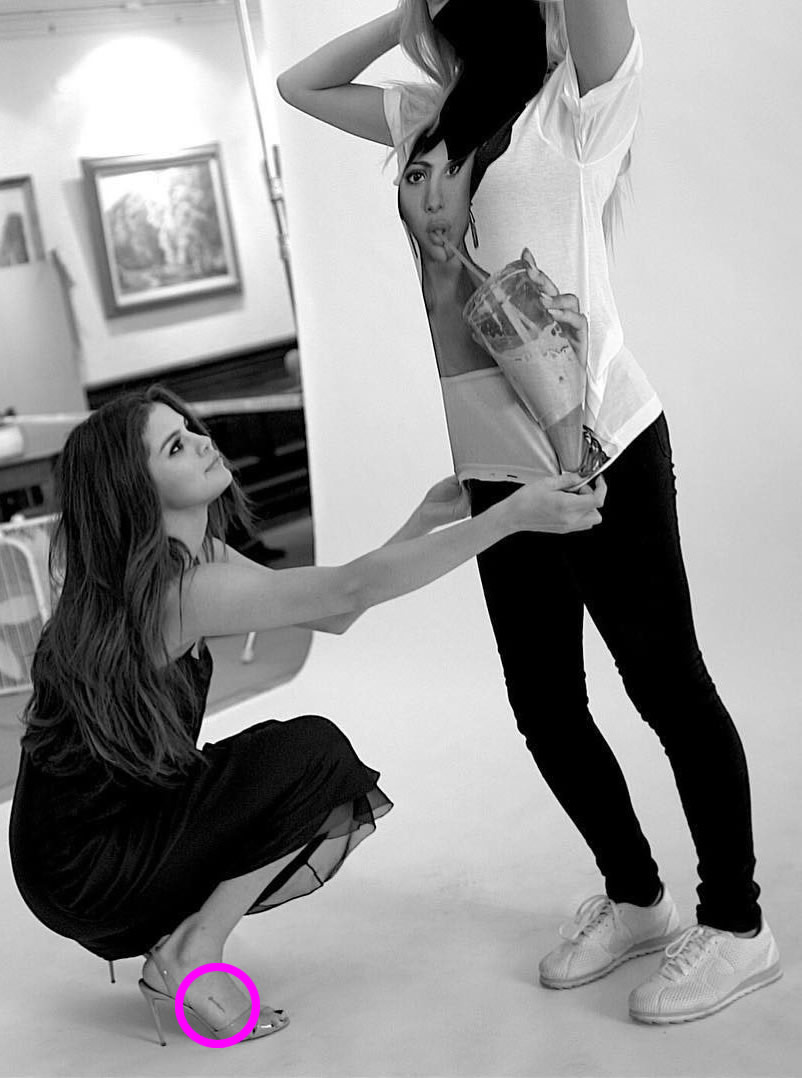 Selena Gomez hinted at a possible 7th tattoo back in October 2015, and we finally caught a glimpse of the new ink in an Instagram photo the singer uploaded to her account on April 20. In the black and white Instagram snap, Selena is squatting down on the ground in a black dress, looking up at someone wearing a T-shirt with her photo on it, and if you take a look at the pop star’s right foot, you’ll see her discreet new tattoo. After doing some digging, we discovered that Selena Gomez’s tattoo features the word “sunshine” inked in a simple black text along the outside of her right foot.

During an interview with Refinery29 in October 2015, Selena Gomez mentioned that she was planning to get a revival tattoo celebrating both her new album and her personal reinvention, but it seems that for her 7th tattoo Selena decided to honor her beloved grandmother instead. It’s obvious that family is incredibly important to the 23-year-old, who recently posted a photo on Instagram of herself and her grandmother with the caption, “Home. Literally nothing better than this. Sorry not sorry LA. #papasgirl.” Even more recently, Selena shared an adorable pic of herself cuddling up with her grandfather and grandmother on a private jet, captioning the snap, “Nana is my sunshine.” 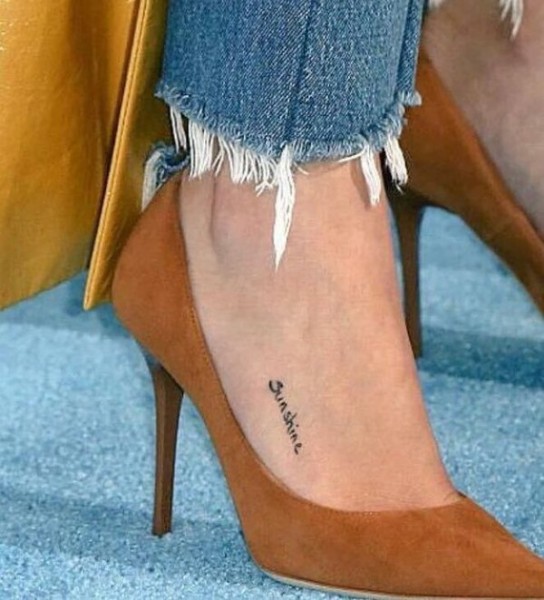 Selena’s “Nana” is Debbie Jean Gibson, her grandmother on her mother’s side, and the two of them are about as tight-knit as it gets. Debbie and her husband, David Cornett, adopted Selena’s mother, Mandy Teefy, as a baby in 1976, and raised her as their only child in Grand Prairie, Texas. Mandy gave birth to Selena when she was only 16 years old, and David and Debbie have been by their side every step of the way. However small the family is and however famous Selena gets, herself, her parents and her grandparents are super close to one another.

After getting her first tattoo in February 2012 – a tiny music note on the outside of her wrist – Selena Gomez called herself a “pansy” and said she was done getting inked for a while. Obviously she changed her mind, because the starlet now has seven tattoos…and isn’t done yet. On the same day she posted the photo that inadvertently showed off her foot tattoo, Selena shared a second picture of herself and another person showing off the temporary tattoos of the singer’s ink that will be available at her Revival Tour merch table. In the caption of that photo, Selena wrote, “ALSO all of my tattoos will be available. Each and every one of the mean so much to me. I have 7 tattoos (and counting).” 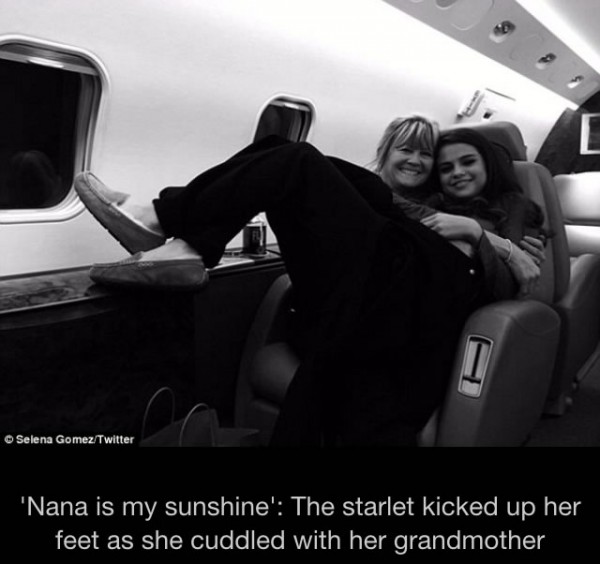 You heard her, Selena Gomez plans to get more tattoos in the future, including possibly getting an album-inspired Revival tattoo, so stay tuned to get the inside scoop on Selena Gomez’s tattoos!