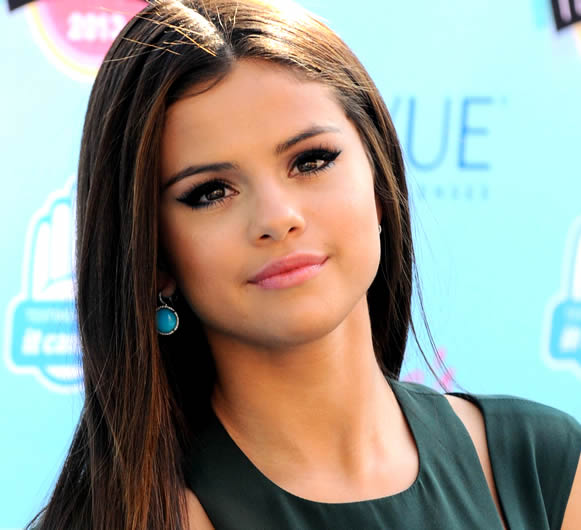 It’s pretty obvious that the marking Selena Gomez sports on her hand in a new Instagram photo is fake, but the hand “tattoo” comes during a tat-filled week for boyfriend Justin Bieber, which has us wondering if a real tat could be in the works for Miss Selena. Over the past week or so, the Biebs has let loose on Instagram with a slew of selfies in which the pop star shows off dozens of new tattoos that fill up his right sleeve, including an old-school boombox, a cartoon star with X’s for eyes and a “Trust” tattoo that matches the “Believe” tat on his left arm. Although she’s been pretty quiet on the tattoo front these days, the previously un-inked Selena got three tattoos in 2012 alone, so what’s stopping her from getting another?

Selena Gomez posted an Instagram photo on March 26 that shows her left hand adorned with what looks like tribal markings but are very clearly done with Sharpie. Besides the fact that the hand ink is pretty crudely done, our first hint that Selena Gomez’s tattoo was fake is that it came shortly after the singer enjoyed a lunch date with Kendall Jenner, the queen of Sharpie tattoos. Kendall and her younger sister Kylie are constantly posting photos of themselves with fake tattoos, most of which are done by makeup artist Natalie Wood, and Selena herself has sported quite a few Sharpie tats of her own recently, so we weren’t surprised to see the singer at it again.

Just because Selena’s hand ink isn’t the real deal though, doesn’t mean the pop star isn’t planning on going under the needle anytime soon. Her most recent tattoo – a religious quote inked down her right hip – was revealed in October 2013, but after photos of the hip tat on display at the beach were snapped by paparazzi, Selena dropped the bomb that the ink had actually been done a year prior. That girl is sneaky! So, just in case Selena is secretly playing with the idea of a new tattoo, here are our best guesses of what that ink would be:

All of Selena Gomez’s tattoos so far have to do with the most important things and people in her life – music, family and religion. Do you think Selena will decide to get inked again now that her boy toy Justin is all tatted up? If so, any guesses on what she’ll get?