Harry Styles sparked quite a bit of excitement last month, with a cryptic new advertisement for his upcoming single, and not just because the ad announced the release date of Harry’s debut solo track, “Sign of the Times,” but because in the ad, the singer inadvertently revealed a new tattoo on his arm of a capital letter “R.” In the surprise teaser ad, which aired during The Voice semi-finals on March 25, a dripping wet Harry can be seen walking towards a door with a bright white light behind it, and as he opens the door, the camera zooms in on the singer’s hand and tattoos, revealing a tattoo of the letter “R” on his left forearm. The ad ends with a close-up of Harry’s eyes, followed by the date “April 7th” appearing in white on a black screen.

This cryptic new ad has Harry Styles fans waiting expectantly for his solo single, which will be released much sooner than anticipated. As for the meaning behind his arm tattoo, Harry has yet to explain what the capital letter “R” stands for, but many are speculating that the never-before-seen “R” ink may be a tribute to his stepfather, Robin Twist, who helped Harry’s mother raise him and his sister, Gemma, after she split from Harry’s birth father, Desmond Styles. Robin and Anne Twist were married in June 2013, and Harry proudly played the role of best man on their wedding day, happily walking his mother down the aisle to meet her groom. 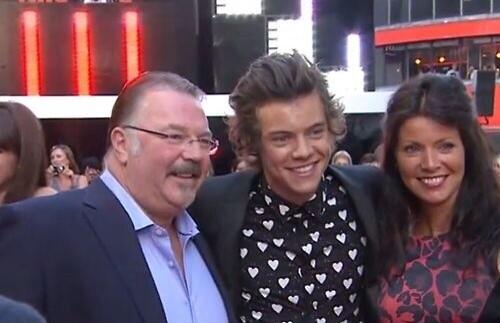 Harry Styles is no stranger to getting inked in honor of his friends and family members. In addition to this new “R” tattoo, the pop star has quite a few other tribute tats scattered across his body, including a Hebrew tattoo of his sister Gemma’s name, the years Desmond Styles and Anne Twist were born – “1957” and “1967” – inked on his right and left collarbones, and a script “g” and “A” on his right and left shoulders for Gemma and Anne. With so many tattoos dedicated to his mother, sister and birth father, it makes sense Harry would want to go under the needle for a tattoo tribute to his stepfather, who helped raise him as a child. 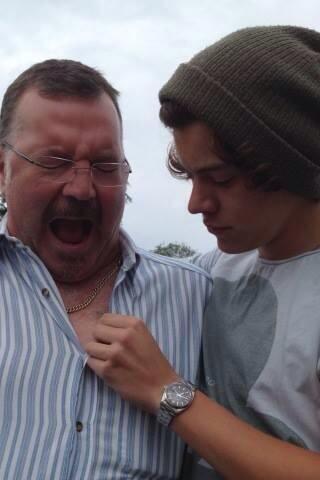 On a side note, Harry Styles isn’t the only former One Directioner with a new tattoo and an exciting new project in the works. Zayn Malik recently revealed a fresh “SGT 2 4 17” tattoo on his arm, which fans believe is a tribute to the singer’s surprise collaboration with PartyNextDoor, titled “Still Got Time,” which was released in March. Harry Styles’ new single “Sign of the Times” (is it just us, or are all these similar song names beginning to run together??) which will be released on April 7, nearly 30 years to the day after Prince debuted his album Sign o’ the Times in 1987, is a five-minute track that has been compared to the likes of Queen and other British rock bands.

A special thanks to PST fan Aimee Reider for help in discovering this tat!