**Update: According to Justin’s tattoo artist, JonBoy, the tiny cross tattoo on his face is a symbol of his religion and faith, a way for him to “see people with our eyes through the cross with our grace and with our love.”

Justin Bieber got a new tattoo this weekend, and to say there have been mixed reviews about the surprising ink would be an understatement. It’s not so much the fact that Justin has gone under the needle for a fresh tattoo – he has more than 50 tats already, so no surprise there – it’s more the location of the ink that has fans in an uproar…because it’s on his face. That’s right, Justin Bieber was spotted walking around in New York City this weekend with a new tattoo of a tiny black cross inked just below his left eye.

According to reports, this new Justin Bieber tattoo was inked on Friday, May 6, and the singer decided to show off the fresh ink on Instagram the following day, which had fans wondering what the heck the pop star was thinking. Justin played coy though, saying in the caption that he was “resting up” for his Philly show, when he was actually debuting some pretty shocking ink! As for his fans on social media, they were less than pleased about Justin’s decision to get a tattoo on his face, with one fan commenting “@justinbieber swear to god kid if you tattoo more of your beautiful face I quit.” Another wrote, “Justin Bieber got a face tattoo, does he think he’s Lil Wayne or something?” 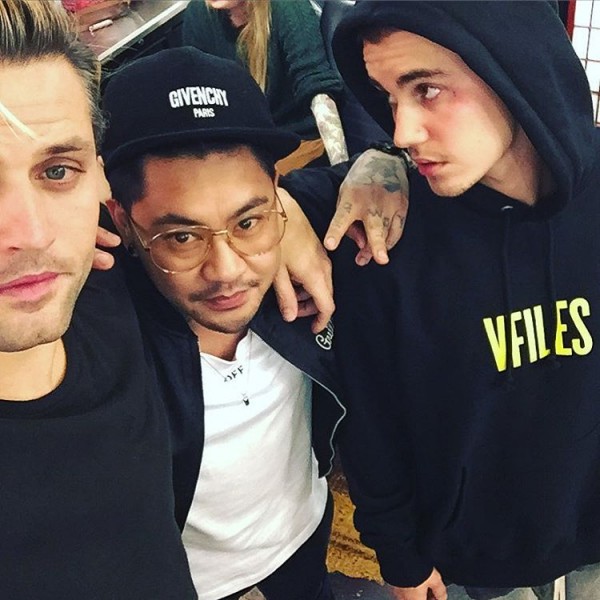 Earlier this year, Justin said during an interview with GQ magazine that he would consider getting a face tattoo, but not right now. “Maybe when I’m really old, not super old, but maybe like 40s or 50s or something,” he said. “One above my eyebrow or something small. I think if they’re done right, [face tattoos] could be cool, but nothing super crazy all over the face.” Well, he didn’t get anything “super crazy,” but he did push his plans up a few decades and get a face tattoo at the ripe young age of 22. According to Justin’s tattoo artist, JonBoy, the cross face tattoo represents “his faith in Jesus and his journey with finding purpose in God.” 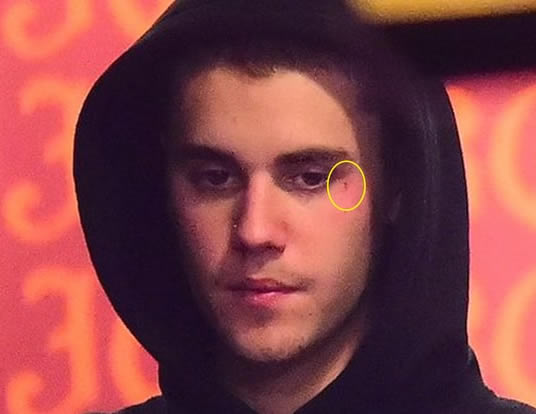 Apparently, the Biebs’ cross tattoo matches the same ink his good friend Joe Termini got at West 4th Tattoo Parlor in New York City, where the two were partying it up together. Right after getting their matching face tattoos, Justin and Joe headed out to Up & Down, a hotspot in Manhattan, where Justin performed “Sorry” and “What Do You Mean” for the ecstatic crowd. Justin’s new tattoo was inked just days after Selena Gomez revealed a new tattoo on her hip of what appears to be a cartoon pony from the show My Little Pony, although we haven’t confirmed yet whether her ink is actually real. Could Justin have pulled a Zayn Malik with his M.O.M. head tattoo and posted a fake tat? Doubtful. This one looks like the real deal.

One Response to: Justin Bieber’s New Face Tattoo Has Fans in an Uproar