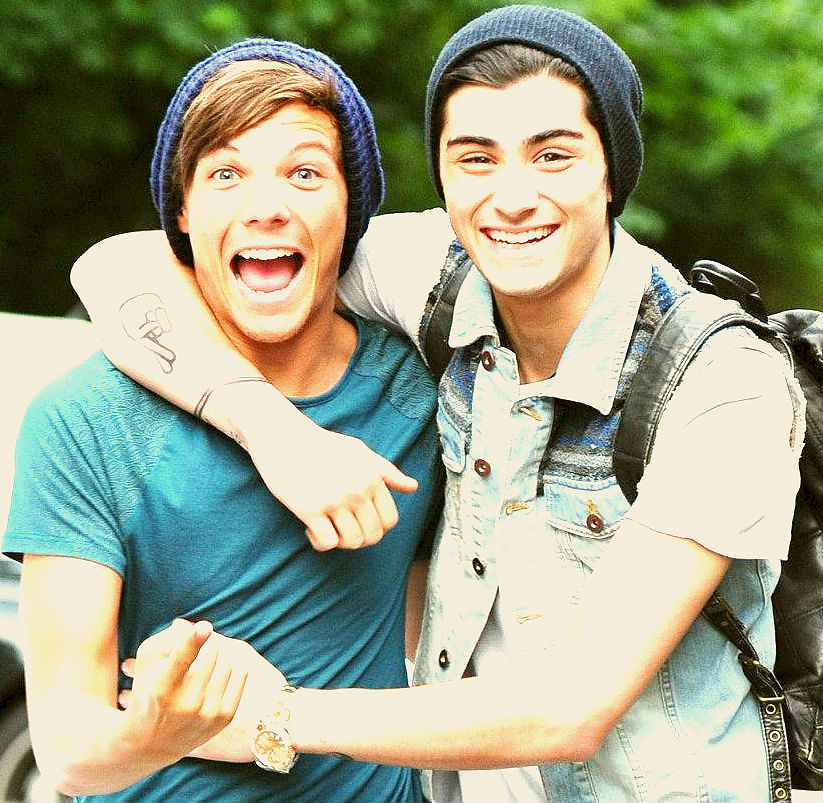 Update: Zayn Malik has revealed that the mysterious ink got in New Zealand is a snake tattoo on his shoulder, but hasn’t yet shown off the tat because it’s still sore. We can’t wait to see it!

While One Direction’s Niall Horan was busy faking us all out with the new fern “tattoo” on his wrist, Louis Tomlinson and Zayn Malik got real tattoos in New Zealand. The boys revealed the new ink during an exclusive interview with ONE News, saying they went under the needle while spending time in Auckland on October 11. “We went and did a bit of shopping [on Friday], and we got a couple of tattoos,” Louis said during the interview. “I got this silly little Pacman here [on my wrist], and a web on my leg.” Zayn wasn’t about to let Louis get inked without him though; he got another tattoo on his shoulder, saying, “The tattoo artists here are really good.”

The One Direction boys are currently performing the New Zealand leg of their Take Me Home tour, and, while it hasn’t been all fun and games, Harry, Zayn, Louis, Niall and Liam are definitely not spending all their time at work either. On October 11, Niall posted a photo on Instagram of a temporary fern tattoo he and his buddies put on their wrists as a tribute to New Zealand. Meanwhile, Zayn and Louis were out and about getting tattoos of their own! We’re not sure about the design of Zayn Malik’s tattoo, but, according to Louis, he himself has added two new tats to his collection – Pacman eating a ghost and a spider web. The singer must be a huge fan of Spiderman, because he just got a spiderweb tattoo inked on his arm in June 2013, along with the bomb and match tattoos that make up part of his half sleeve.

New Zealand is obviously a place that holds important meaning for Louis, Zayn and the rest of One Direction, and when something is important to these guys, it usually ends up being inked on their bodies. One of Zayn Malik’s tattoos on his back, for example, is an image of a New Zealand fantail, which is small bird native to the country, and the tat was inked during the New Zealand leg of One Direction’s Up All Night tour in 2012. Like many pop stars, including Lady Gaga and Rihanna (who also got a new tattoo in New Zealand this week), Zayn and the boys appear to be collecting tattoos everywhere they perform!