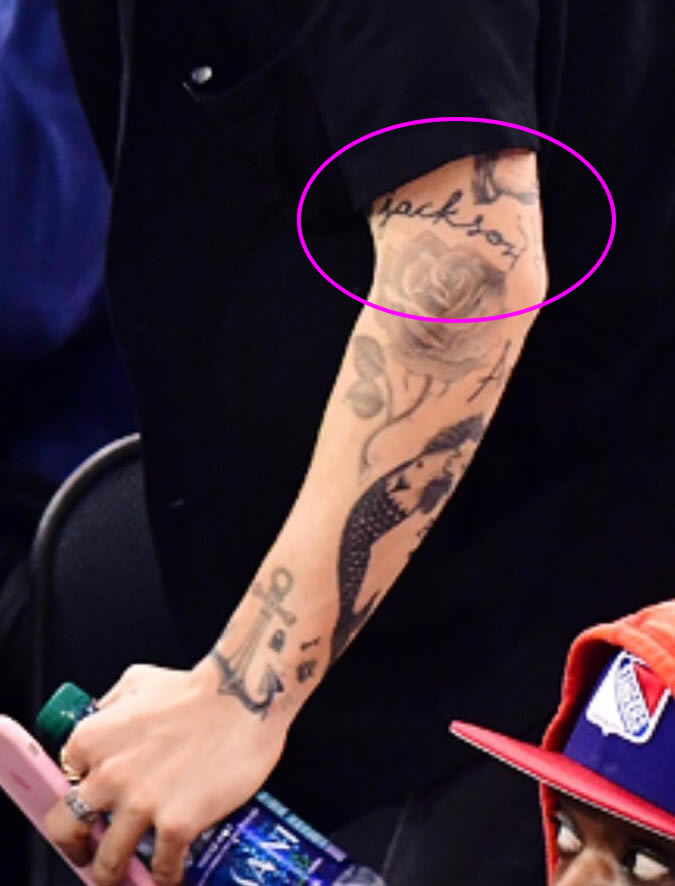 **Update: It turns out, the “A” tattoo on Harry’s arm is actually part of a larger piece that reads “Arlo,” written in a font similar to his “Jackson” tat.

If you’ve kept up to date with all of Harry Styles’ tattoos, you know that many of the seemingly random pieces scattered across the pop star’s body were inked in honor of his loved ones, and this new “Jackson” tattoo on his arm is no exception. Harry’s new tattoo is inked in a black script font, on the upper part of his left arm, just above the grey rose he had done back in 2013. Harry Styles debuted his new arm tattoo while attending a hockey game in New York City over the weekend, conveniently wearing a black short-sleeve shirt that put the fresh ink on display.

Harry has yet to disclose the meaning behind his “Jackson” arm tattoo, but some believe that the tat may be a tribute to the son of photographer Calvin Aurand, named Jackson, who may actually be Harry’s godson. Calvin was the official photographer and archivist for One Direction, and he and Harry have been photographed hanging out together on numerous occasions, though the singer has yet to confirm that Calvin’s baby boy is his godson. Eagle-eyed PST fans first spotted the new “Jackson” ink on Harry’s arm leading up to the weekend, so he had it done at some point earlier this month, but he has yet to reveal when and where. 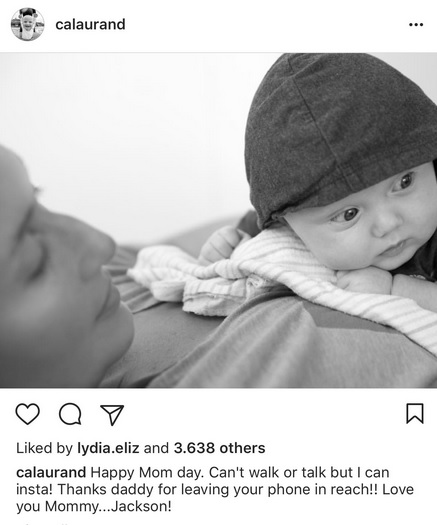 During his down time in New York City this weekend, Harry Styles showed off another new tattoo located adjacent to the fresh “Jackson” ink on his left arm – a large capital letter “A” done in black. Harry already has an “A” tattoo on his shoulder as a tribute to his mother, Anne Twist, and he also has a “g” tattoo for his sister, Gemma, and an “R” tattoo for his stepfather, Robin Twist. There’s no official word yet on who this new “A” tattoo is for, but we’re sure you all have your suspicions…Let us know who you think Harry’s new “A” tat is a shout-out to, in the comments section below! 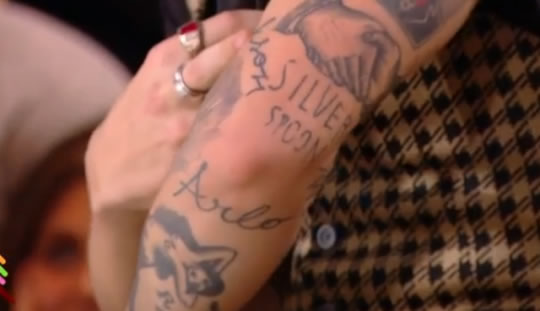 A special thanks to PST fan Katja Demmel for help in discovering these tats!!