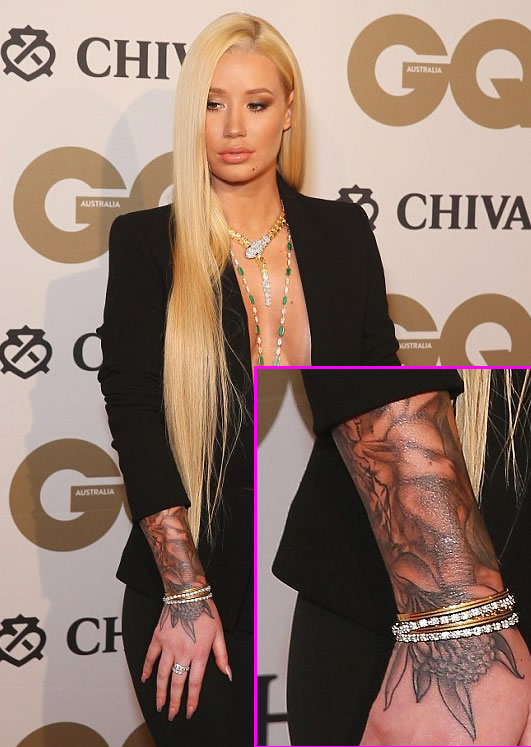 Iggy Azalea shocked us all when she showed up braless at the GQ Men of the Year Awards in Sydney this week, but it wasn’t only her barely-there outfit that had our jaws dropping; the Australian rapper was also sporting what appears to be a huge new tattoo sleeve on her right arm. Apparently, Iggy Azalea went under the needle about two weeks ago for a black and gray half-sleeve tattoo that extends from the back of her right hand, up her forearm, at least to her elbow, and we have to admit, from what we’ve seen so far, we love it!

Photos of Iggy Azalea posted on various social media accounts over the past couple of weeks have shown a gradually growing collection of ink on the rapper’s right arm, but it wasn’t until Iggy was photographed at the GQ Men of the Year Awards this week that we finally got an up-close-and-personal look at the rapper’s fresh ink. Unfortunately, while the 26-year-old left little to the imagination in terms of her wardrobe – she wore a sharp black blazer with no shirt underneath – her tattoo sleeve was mostly covered up by her actual sleeve. 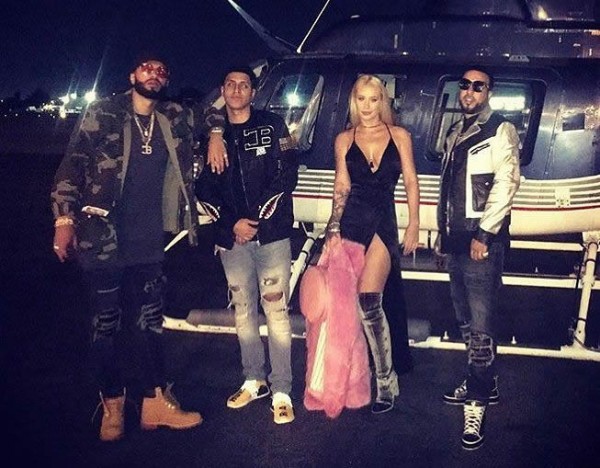 Iggy Azalea has remained tight-lipped so far about the meaning behind her impressive sleeve, but from what we could see peeking out from beneath her blazer sleeve at the Men of the Year Awards, it appears the tattoo includes images of birds and flowers. We can make out at least one flower that extends from Iggy’s wrist onto the back of her hand, but we’ll just have to wait for her to show off the rest of the impressive sleeve so we can piece it all together. 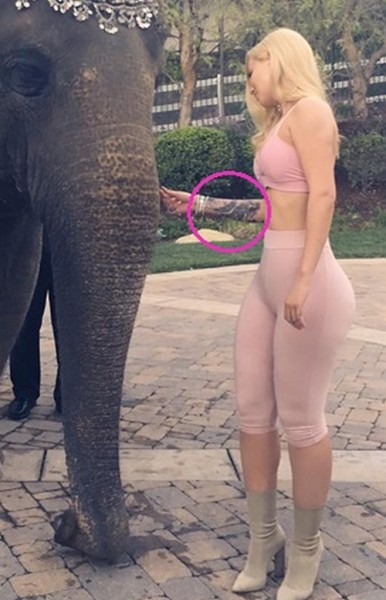 In opting for a brand-new sleeve, some people believe that Iggy Azalea covered up some of her older pieces, including a tattoo of a blindfolded horse, which she had inked on her arm just three months ago. Other tattoos that previously existed on Iggy’s right arm were the portrait of the Roman goddess Venus, as depicted in Sandro Botticelli’s 1486 painting The Birth of Venus, and her cursive “Trust Your Struggle” tat, done in 2010. We have a feeling Iggy simply incorporated these pieces into her new sleeve, but stay tuned to find out! 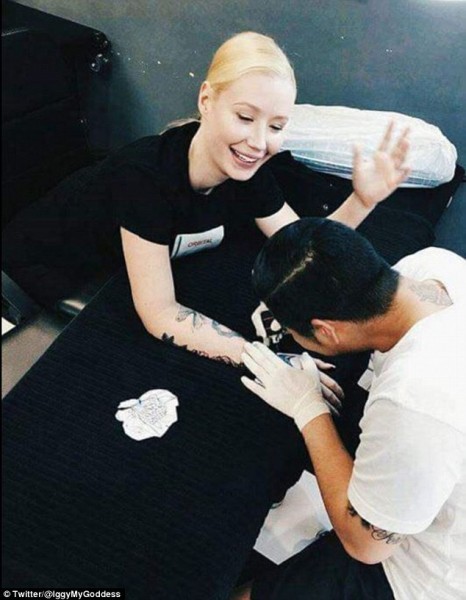 One Response to: Iggy Azalea Shows Off Crazy New Tattoo Sleeve at GQ Men of the Year Award