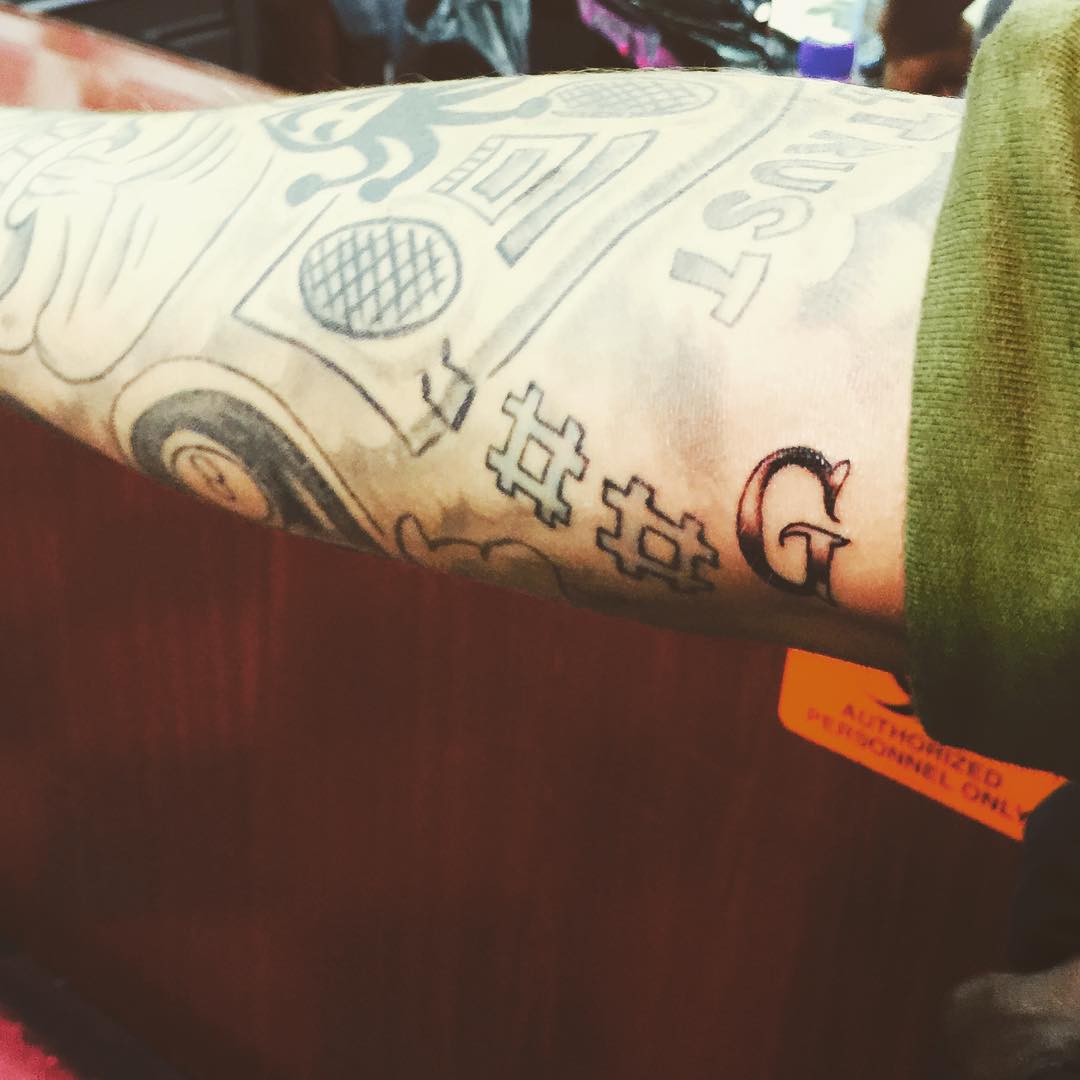 This week, Justin Bieber has followed in the footsteps of Selena Gomez, Hailey Baldwin, Ashley Benson, and other celebrities who have gotten inked recently with “G” tattoos in honor of a little girl named Georgia, who was born with a rare brain disorder called Lissencephaly, adding a brand-new “G” tattoo to his growing collection of ink. Justin Bieber’s new tattoo was first spotted on his Instagram page on July 9, and features a capital letter “G” inked in a fancy black and white font on his upper right arm, right next to his “Trust,” boom box and pound sign/hashtag sleeve tattoos.

Baby Georgia, who is quite possibly the most well-known toddler in the world today, is the daughter of Seattle Megachurch Pastor Chad Veach and his wife Julia. She was born with Lissencephaly, or “smooth brain,” and the story of her brave fight has touched a number of celebrities recently, many of whom have opted for “G” tattoos in honor of the baby girl. While Justin Bieber chose to get a capital letter “G” inked on his arm, Hailey Baldwin decided to get a discreet lower-case “g” inked behind her ear, and Ashley Benson went for an even more subtle tattoo, with a tiny letter “g” on her wrist.

After getting his new “G” arm tattoo Justin Bieber posted a photo of the ink on Instagram, captioning the snap: “This is for the strongest couple I know Chad and Julia Veach! Their daughter was born with Lissencephaly. She is incredible and has the sweetest soul. You guys make me better and I’m blessed to have you in my life #Georgia #gtat.” It’s interesting that Justin Bieber decided to get his own “G” tattoo less than a month after Hailey Baldwin debuted her new ink, particularly since rumors have been flying recently about a possible romance between the singer and actress.

Stay tuned to find out more about Justin Bieber’s tattoos!