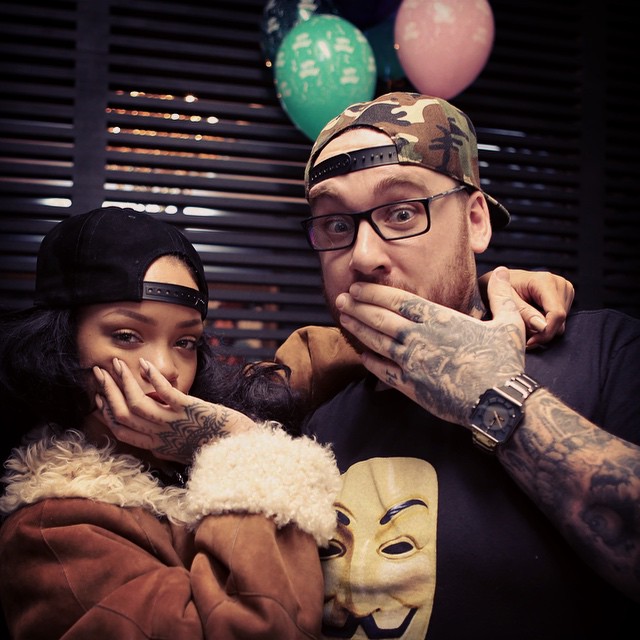 Celebrity tattoo artist Keith “Bang Bang” McCurdy’s new book hit stands on November 17, and in it, the native Delawarean dishes about the tattoos of some of his A-list clientele, which includes Rihanna, Katy Perry, Justin Bieber and Cara Delevingne, among others. For a kid who got his start inking friends and relatives with a mail-order tattoo kit in the kitchen of his mother’s Delaware home, Bang Bang has come a long way, and today, is considered by most to be one of the best tattoo artists in the industry.

Rihanna was one of Bang Bang’s first celebrity clients, and, according to the both of them, the unlikely duo clicked right from the beginning. “When you’re well-known, it can be hard knowing who to trust, but I trusted Bang Bang from the first time he tattooed me,” Rihanna writes in the foreword for the tattoo artist’s new book, Bang Bang: My Life in Ink. It was Rihanna who introduced Bang Bang and Cara Delevingne, and those two have also hit it off, with Bang Bang inking most, if not all, of Cara’s 20 tattoos, most notably the iconic lion tat on her finger.

One of Bang Bang’s strategies when it comes to doing tattoos is working with his clients to create a piece that they will love and that he can be proud of. That’s why when Rihanna came to him looking to get a large guitar tattoo on her arm, he sent her home with just a stencil to make sure she really liked the design. “We almost did a broken guitar on [Rihanna’s] forearm once with a pair of underwear hanging from it,” Bang Bang said. “I let her leave with the stencil and I said, ‘Why don’t you wear that for a few days and call me if you still like it?’ Thankfully we didn’t end up doing that one.” 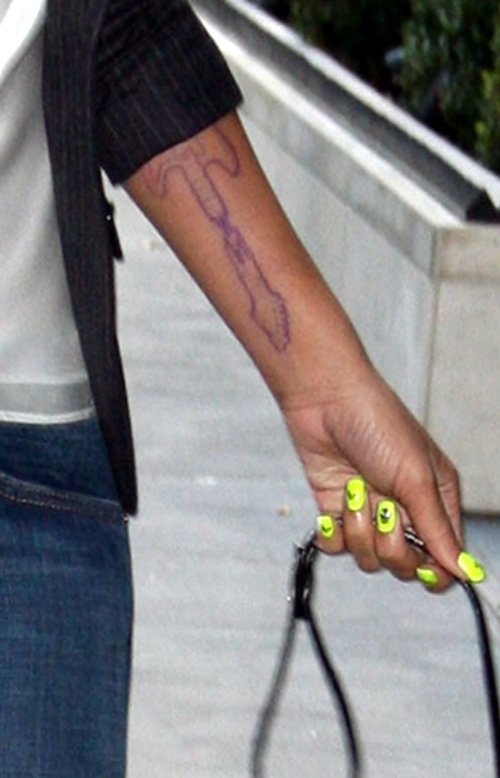 Just because Rihanna didn’t go with the guitar tattoo though, doesn’t mean she has shied away from getting other pieces from Bang Bang. In fact, the majority of Rihanna’s tattoos have been done by the 29-year-old artist, including the tiny gun tattoo on her side, the large cross tattoo on her wrist, her recent “1988” ankle tat, and the henna-style cover-up tattoo on her hand. In reference to that extremely visible tattoo, Bang Bang says, “We did a bit of a cover-up on a Maori-style tribal tattoo that was on her hand – now it looks more like a henna tattoo. It wasn’t done […] in a way that was really flattering to her and it needed to be beautiful.” 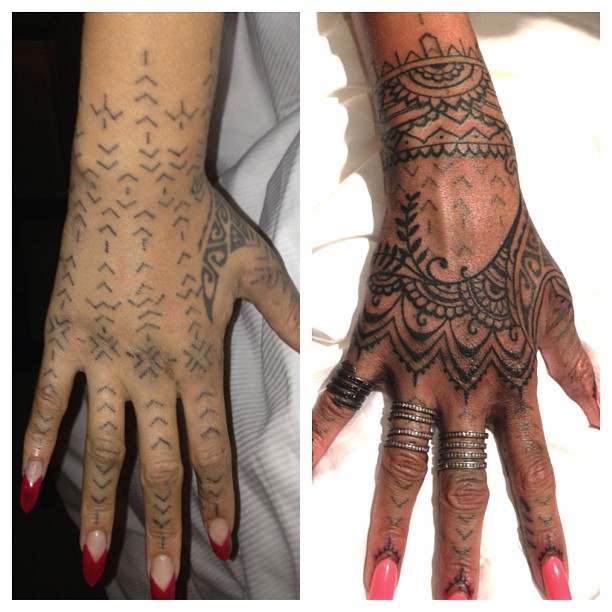 There’s no doubt that (most of) Rihanna’s tattoos are beautiful, and no matter how famous Bang Bang gets, you can be sure he will always have time for his number one client. In the meantime, Bang Bang continues to grow his celebrity client base, and just recently gave 18-year-old Kylie Jenner her second tattoo – a word or short phrase inked on her lower left hip. Always discreet, Bang Bang says in reference to Kylie Jenner’s tattoo, “It’s cool that nobody in the world knows what it says but me. It’s a tattoo that kind of deserves a bit of explanation and I think she’s the one who should get to do it.”