Miley Cyrus famously had a portrait of her late Alaskan Kee Kai, Floyd, inked on her ribcage during a 4th of July “tattoo party” at her home in 2014, and this past weekend, she had a similar portrait of her Shetland Sheepdog Emu tattooed on her arm, courtesy of Shamrock Social Club tattoo artist Dr. Woo. Miley Cyrus’ new tattoo is a miniature grayscale portrait inked on the upper part of her left arm, next to her “love never dies” and “BIEWTY” tattoos, and was posted on Instagram by Dr. Woo on April 27. Dr. Woo captioned the photo, “Placed a young Emu on his mom @mileycyrus #emufanclub.”

Take a look at her Instagram and you’ll notice right away that Miley Cyrus is a lover of all animals. In fact, the pop star has had quite a few pets living with her in her $2.5 million Malibu home, most of them at the same time, including Emu (the subject of Miley’s latest tattoo), a Rottweiler-beagle mix named Happy, a white dog named Milky, three cats named Keke, Lilo and Shanti Om Bb, a Pitbull named MaryJane, a Chihuahua mix named Bean, a dog named Penny Lane, and a pet pig named – what else? – Pig (formerly Bubba Sue).

It was shortly after losing Floyd in a tragic coyote attack a few years ago that Miley adopted Emu, affectionately nicknamed MuMu, and the adorable Shetland Sheepdog made his Instagram debut shortly thereafter, with the singer writing, “Time to start making Emu accounts smilers. He’s here and here to stay. I welcomed Emu Coyne Cyrus into the family a couple days ago. Been keepin him a secret cause sometimes I’m weird like that.” Miley explained how she felt Emu was a reminder of, but not a replacement for, Floyd, writing, “There will never be anyone like Floyd. There was a bond that was so deep it’s irreplaceable but that’s not what I am trying to do. Never will I replace Floyd and that’s something I had to take time to understand.” 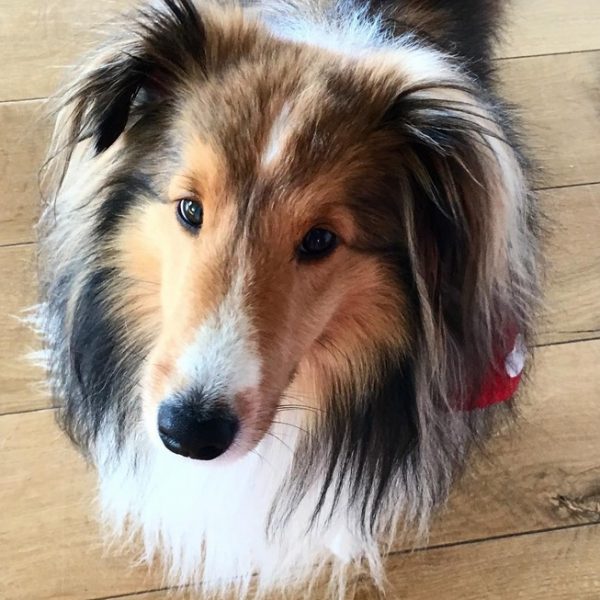 It’s obvious that Miley Cyrus likes getting inked in honor of her beloved animals. In addition to her tattoos dedicated to Floyd and Emu, she also has a tattoo on her right bicep of her pet puffer fish, Pablow, who passed away in 2015, also done by Dr. Woo. And while most of Miley’s pet portrait tattoos are dedicated to deceased animals, the same animals that inspired her fifth album Miley Cyrus & Her Dead Petz, Emu appears to be alive and well, living in the lap of luxury with his famous mom. 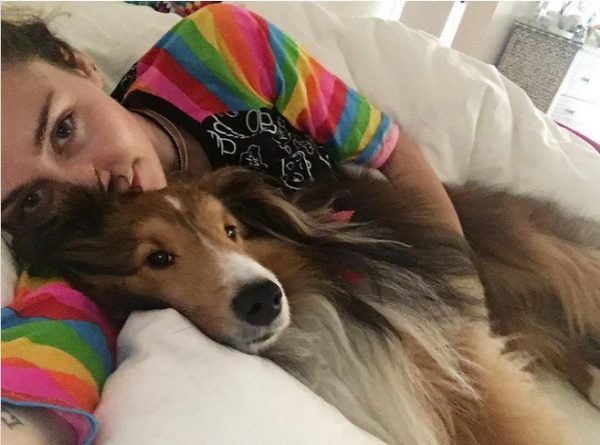