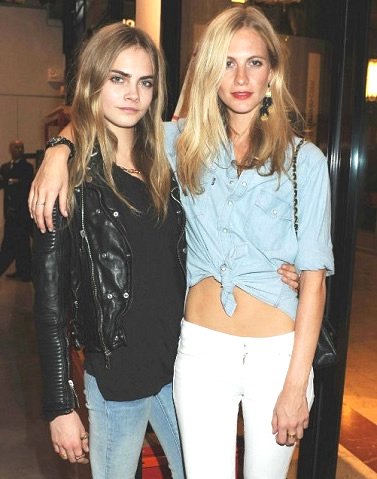 If there’s one thing we learned from Poppy Delevingne’s recent interview with W magazine, it’s that the international It girl is just as kooky and fun-loving as her younger (and more famous) model sister, Cara. Oh, and we also learned that Cara actually gave her big sister a neck tat during an impromptu tattoo party a while back, which Poppy was barely able to remember the following morning. Sounds like the Delevingne sisters know how to party!

We had no idea that the inked-up Cara Delevingne had taken a turn as tattoo artist, but it was during her recent W magazine interview that Poppy let the cat out of the bag. When discussing her latest tattoo – a Taurus bull on her neck – Poppy said, “It’s my second tattoo. The only other one I have is a heart that Cara actually did a while back.” That’s right! Cara apparently turned the tattoo needle on her sister during the party and inked a heart tattoo on the back of her neck, possibly to match Cara Delevingne’s tattoo of a red heart outline on her pinky finger. According to Poppy, “It was so random and wild. We had an impromptu tattoo party. It wasn’t meant to happen. I woke up in the morning and I totally forgot I had it. I turned to Cara and was like, ‘did I get a tattoo last night?’ and she goes, ‘Yes, I did it myself and it’s on the back of your neck.’”

Poppy Delevingne’s new Taurus tattoo marks at least two pieces for the 29-year-old model, whose younger sister currently sports a whopping 18 tattoos and counting. Beginning with the iconic lion tattoo image on her finger, inked back in May 2013 by celebrity tattoo artist Bang Bang, right up to the “AC” initials tattoo she had done this past February, Cara Delevingne’s tattoos have become a thing of legend. Cara even debuted a beautiful and intricate Thai neck tattoo at sister Poppy’s wedding in May 2014, which was inspired by sak yant, a form of tattooing practiced in Southeast Asia that is believed to be capable of bestowing good luck, protection or mystical powers on wearers. 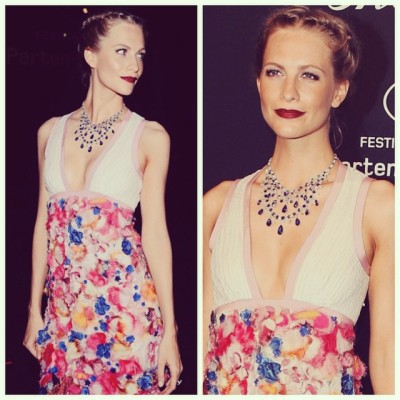 It appears that one of the mystical powers bestowed on Cara Delevingne by her ornate Thai neck tat is that of a tattoo artist, considering she felt confident enough to give her big sis her very first piece of ink, as Poppy said during her interview. And, even though Poppy trusted Cara to give her a heart tattoo on the back of her neck, the older of the Delevingne sisters didn’t even consider returning the favor. When asked during her W magazine interview if she turned around and inked Cara afterwards, Poppy replied, “I didn’t dare go there.” Okay, so Cara’s next tattoo may not come at the hands of her sister, but we’re feeling confident that there’s going to be a “next.” Stay tuned to find out what it is!