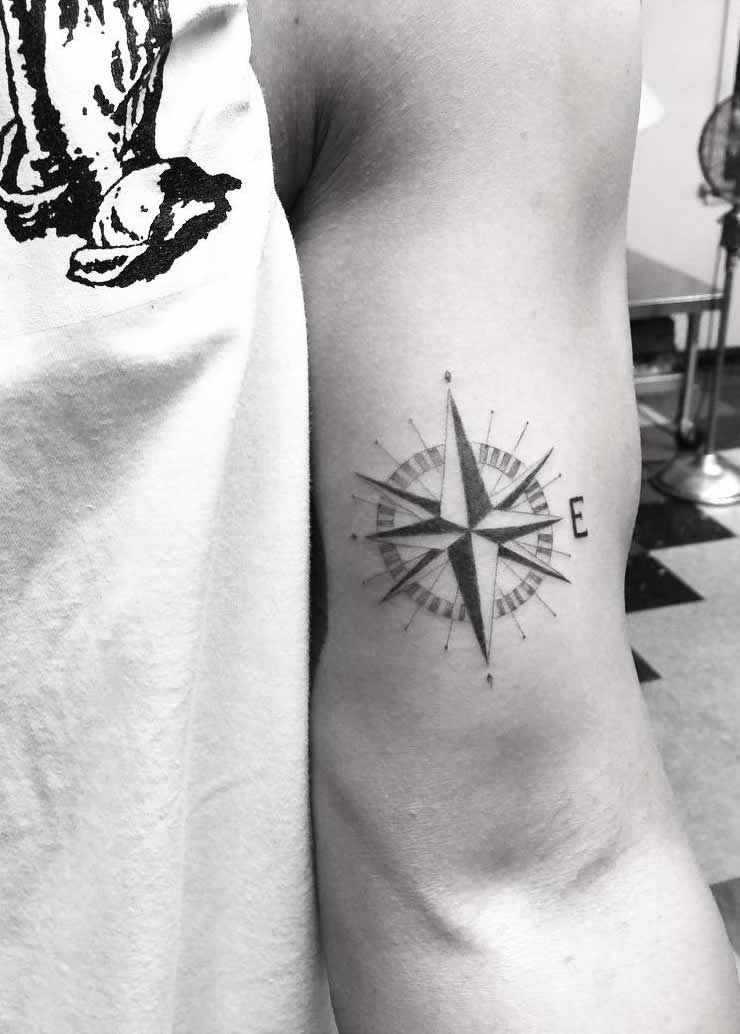 If you’ve kept up with all of Drake’s tattoos, you know that there are two things the singer finds most important in life: his music and his hometown of Toronto, Canada, both of which Drake has immortalized in new tattoos. Drake’s “BBK” tattoo tribute to UK grime crew Boy Better Know may have grabbed all the headlines last week, but that wasn’t the only tat Drake added to his collection recently. Early last week, Drake also debuted several fresh pieces on his arms, including a much larger praying hands tattoo on his right forearm that covers up his tiny emoji praying hands ink, and a large tattoo of a compass pointing East on his left bicep.

Back in September 2014, Drake showed off three new tattoos inked on his left and right forearms: a number six, a praying hands emoji and a quote reading “Everything happens for a reason sweet thing.” The six and praying hands tattoos were revealed to be one combined tribute to Drake’s “6 God” track, the full version of which he released on October 25, 2015, the day after his 28th birthday. It’s been more than a year since then (we’re coming up on Drake’s 29th birthday now) and the inked-up singer apparently saw fit to improve his praying hands tattoo, which drew a bit of criticism at the time it was inked for its similarity to the silly praying hands/high-five emoji.

During a recent tattoo session with the infamous Dr. Woo, Drake had the celebrity tattoo artist “level up” his praying hands tattoo, which means he covered up the silly cartoonish emoji with a much larger tattoo of two hands pressed together in a sign of prayer. Drake’s new black and white praying hands tattoo now matches the album artwork for his If You’re Reading This It’s Too Late mixtape, and is far more manly and interesting, if you ask us. 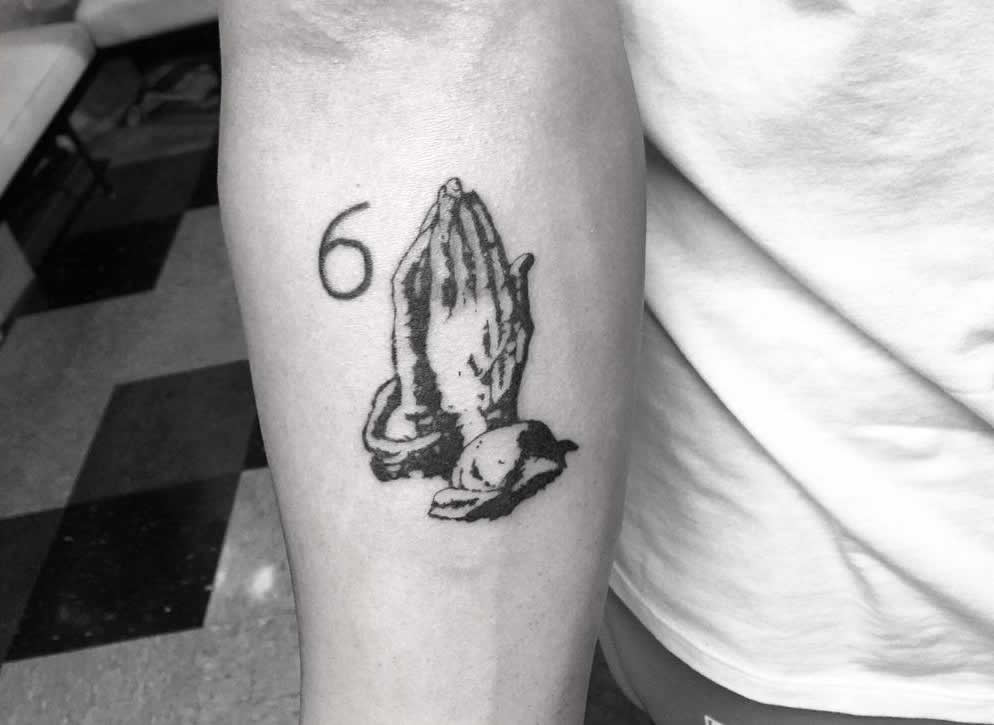 Okay, so, all you die-hard Drake fans out there know that the singer’s “6 God” track is actually a nod to his beloved hometown of Toronto, Canada, which Drake has branded “The 6,” presumably because of the area’s “416” area code (which he also had tattooed on his side, btw). So, after getting his new-and-improved “6 God” tattoo, Drake opted for another new piece on his left bicep – a large black and white compass that is also apparently a tribute to Toronto, which Drake has celebrated in several of his songs, including his 2013 track “Days in the East.” Dr. Woo shared a photo of Drake’s compass tattoo on Instagram, along with the caption, “East side compass wave on @champagnepapi.”