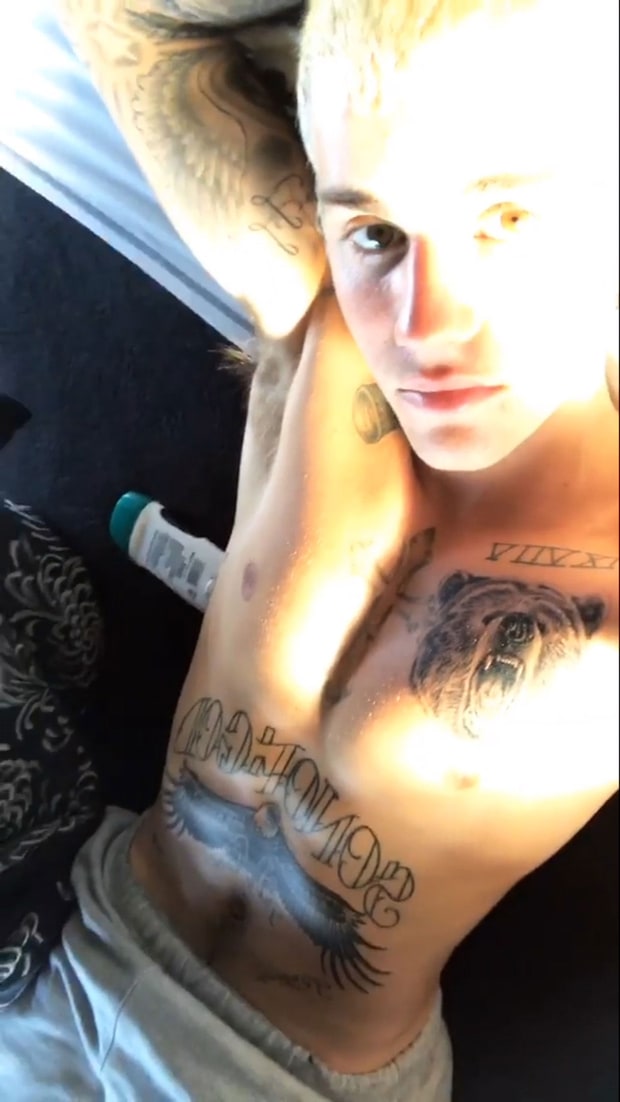 Justin Bieber is back on Instagram, and it’s a good thing too, or else we may have never noticed the new bear and eagle tattoos he’s sporting on his chest and abdomen. In a story posted to his Instagram account on March 20, a shirtless Justin shows off two large new tattoos – an eagle in flight inked below his “Song of God” abdomen tattoo and the head of a grizzly bear inked below his Roman numeral chest tattoo. In the Instagram story, a blonde Justin is lounging on a bed wearing nothing but a pair of low-slung sweatpants, and gives us an up-close-and-personal look at the new additions to his growing tattoo collection.

There’s no question that Justin Bieber loves to pose shirtless on his Instagram account, and it’s often in these revealing selfies that we catch a glimpse of some new ink, which was the case when he got his “Purpose” abdomen tattoo, the tiny cross tattoo on his face, and now his new bear and eagle tats. Justin’s bear tattoo is inked on the right side of his chest, between his large cross and Roman numeral tattoos, and features the head of a ferocious-looking grizzly bear, inked in a nicely detailed black and gray design. Justin’s eagle tattoo is located on his abdomen, between his “Son of God” and “Purpose” tattoos, and features a large black and gray image of an eagle with outstretched talons and wings. 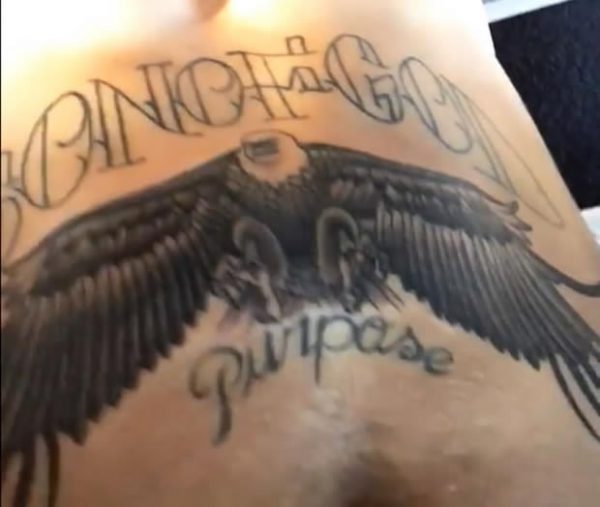 In addition to showing off his new tattoos in his Instagram story, Justin Bieber also posted a series of videos to his Instagram account of him dancing shirtless in a New Zealand bar with an elderly woman, fresh ink on display, while her companion (presumably her husband) looks on. Whether the singer had the bear and eagle tattoos done in New Zealand, he has yet to reveal, but he has been in the country for the past few days on his Purpose world tour, so it’s a possibility! As for the meaning behind Justin’s new tattoos, both the bear and eagle are powerful and ferocious animals, and the singer showed off the fresh ink just hours after former flame Selena Gomez was photographed getting cozy with her new beau, The Weeknd. Justin has mocked The Weeknd on several occasions recently, but we imagine he probably actually feels threatened by him. 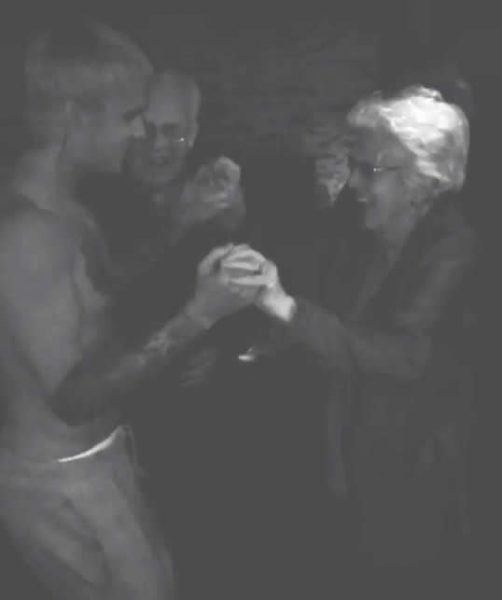 Justin Bieber’s new ink brings his total tattoo count up to at least 56, and though he says he finds the act of going under the needle “mad uncomfortable,” we can’t imagine Justin will stop getting inked anytime soon. That is, of course, unless he runs out of real estate.

A special thanks to PST fan Nate Jackson for help in discovering these tats!!