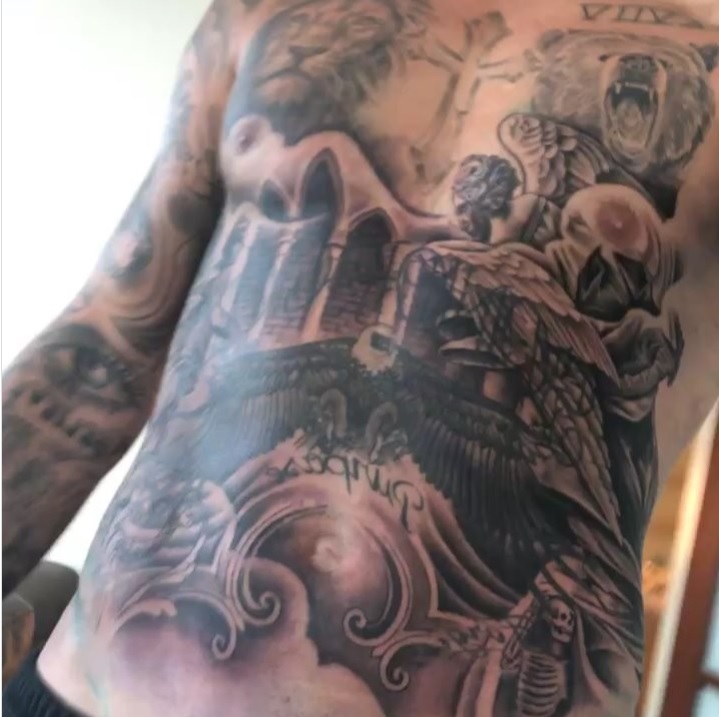 It was only a matter of time before Justin Bieber finished out the torso tattoo he’s been working on for the better part of two years, and when the pop star decided to pull the trigger and cover his entire abdomen in ink, he tapped his go-to tattoo artist, Keith “Bang Bang” McCurdy, to do the job. Not only is this Justin Bieber’s largest and most extensive tattoo to date – it took 26 hours over three consecutive days to complete – it’s also the most Bang Bang has tattooed anyone in his 13-year career. And if you know even remotely the caliber of Bang Bang’s clientele and how often they get inked, you know that’s kind of a big deal.

Over the weekend, Justin Bieber posted a bathroom selfie on his Instagram account, showing off what appeared to be fresh ink covering his torso, and the pop star followed that up with a selfie video that shows him walking around his property, and in it, you get an up-close-and-personal look at Justin’s new tattoos. Among the pieces that now adorn the 23-year-old’s abdomen are an angel (or gargoyle, depending on how you look at it), a bird, a skeleton, some Gothic architecture, and a sun peeking through clouds, which join the eagle, cross, bear and lion tats the singer previously had inked. Although the “Purpose” tattoo on Justin’s stomach is still visible, the older “Forgive,” seagull and “Son of God” pieces on his hips and abdomen are now nearly invisible… #tattooregrets, much? 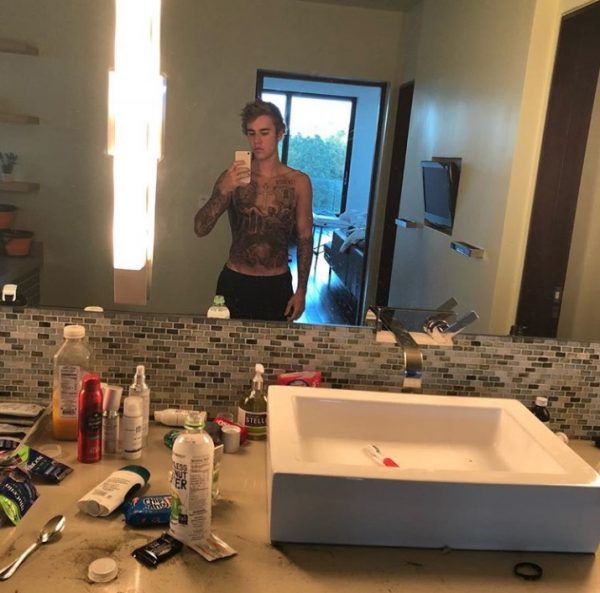 The same day that Justin debuted his new ink, Bang Bang also took to Instagram to show off the veritable mural on Justin’s front half, captioning one photo of the equally inked tattoo artist working on the singer’s ribs, “Moments in battle,” and remarking that the heavily tattooed pop star is “tough as nails” for withstanding 26 hours under the needle over the course of three days. 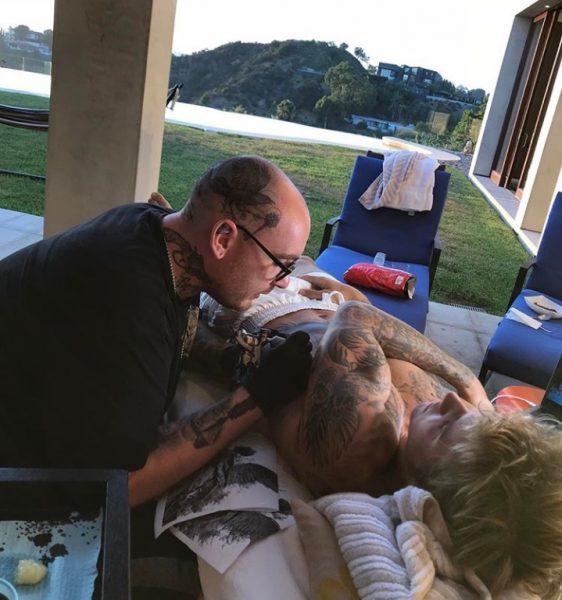 What began as a few tattoos on his arms quickly turned into one full and one half-sleeve, and we had a feeling that, as Justin started getting inked on his chest and abdomen, that he would eventually debut a full torso tattoo. What do you think of Justin Bieber’s extensive new ink??

3 Responses to: Justin Bieber Gets His Entire Abdomen in Covered in Ink by Artist Bang Bang