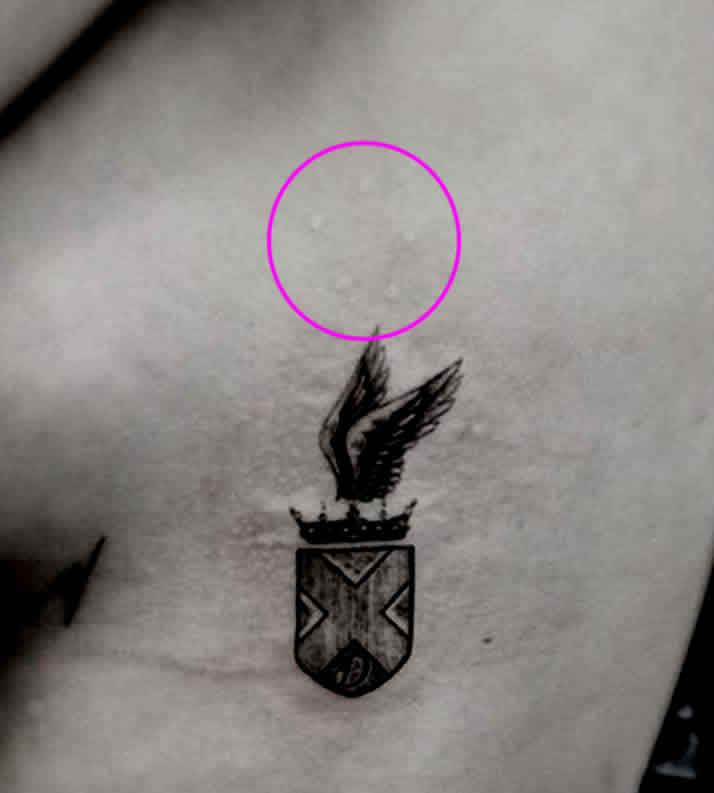 Back when Cara Delevingne debuted her winged coat of arms ribcage tattoo in January 2015, we caught a glimpse of a series of white dots located just above the coat of arms that we had a feeling was another piece that the British model was keeping under wraps. It turns out, the white dots actually ARE another tattoo design, and Cara explained the meaning behind the mysterious ink during an exclusive Q&A that made it into Keith “Bang Bang” McCurdy’s upcoming book, Bang Bang: My Life in Ink.

Entertainment Weekly recently published an excerpt from celebrity tattoo artist Bang Bang’s highly-anticipated book, due out on November 17, and in it, Cara talks about her various tattoos done by Bang Bang, including her iconic lion finger tat, the “bacon” tattoo on the bottom of her foot, her “Don’t Worry, Be Happy” chest tattoo, and a previously unknown tattoo of four white dots on her left ribcage. When Bang Bang asks Cara about the meaning behind the white dots ribcage tattoo in the interview, she says, “Each dot represents a member of my family.” 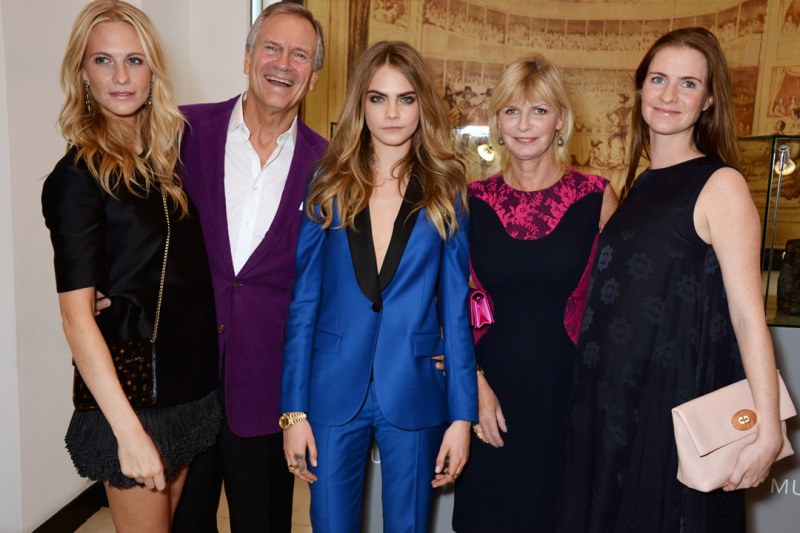 There’s no doubt that Cara Delevingne is a superstar, but she is also a self-proclaimed family girl, and gets back to England as often as she can to spend time with her parents, Pandora and Charles Delevingne, and her two sisters, Poppy and Chloe. We think it’s super sweet that Cara got a tattoo of four dots to represent her family members, and that she put the family-inspired ink just above her coat of arms tattoo seems very fitting. And it’s even sweeter that the four dots tattoo is inked in white, which makes it seem far more personal and meaningful.

As unique as Cara Delevingne’s tattoo seems, it’s actually quite similar to the tiny white dot tattoo Kendall Jenner had inked on her finger back in June as her very first tattoo. Kendall and Cara didn’t go to the tattoo shop together – Kendall went with Hailey Baldwin this time – but the two girls are best friends, and are always posting pictures of their silly antics on Instagram. In fact, the gal pals actually call themselves CaKe, for Cara and Kendall, and it’s possible that Kendall Jenner’s tattoo was inspired by Cara’s, although it likely has a different meaning.